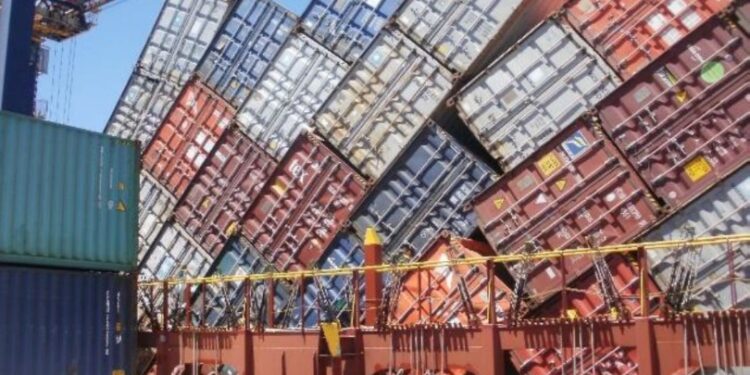 A series of incidents with exceptional container losses took place during the winter season 2020-2021, leading to the creation of the TopTier project to find ways to avoid similar incidents in the future.

The International Group of P&I Clubs recently became a member of the Maritime Research Institute of the Netherlands (MARIN) Top Tier project.

The project has been established to examine and assess the causes of container losses arising from at-sea incidents onboard various sizes of container ships with a particular focus on ultra large ships.

The project has been approved by a cross-section of industry, academic and government interests and MARIN will produce a report of its findings including recommendations in due course.

In the meantime, the International Group has received from the Top Tier project an interim note “Beware of parametric rolling in following seas” that sets out the hazard to container ships and a detailed explanation of the conditions that trigger parametric rolling.

The note is considered by all clubs to be of crucial importance to container ship operators, masters and crew.  The note is technical and intended for use by seafarers and company operational staff.

Recently, the Swedish Club also studied the reasons of container loss, saying that the main reason is related to container vessels navigating in heavy weather combined with a failure of the crew to reduce speed and/or alter course to either avoid it or alleviate its effect.

Other common factors are: