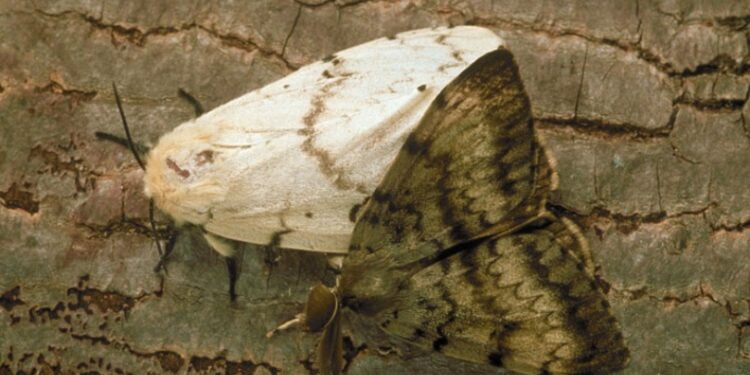 Canada and the United States extend the time period where AGM certification is required for vessels calling at certain ports in Japan and Russia in an effort to decrease the risk of this destructive forest pest spreading via marine vessels into North America.

Canada and the United States have a long history of enforcing a joint pre-departure inspection and certification program for vessels visiting ports in Asia Pacific that are infested with AGM (formerly known as the ‘Asian gypsy moth’).

According to Gard, an important consideration to the success of this program is understanding when there is a high risk of moth flight and egg-mass deposition on marine vessels. This period is known as the specified risk period (SRP) and is determined based on factors such as trapping data, AGM inspection results, and climate conditions in each port.

As several years have elapsed since the program’s original SPRs were adopted, the AGM Expert Group (EG) of the North American Plant Protection Organization (NAPPO) has gathered recent information and data and carried out a review of the SPRs in all AGM-regulated countries. The group’s findings and conclusions are presented in “NAPPO Position Document 07” and include recommendations to:

Both Canada and the US have now implemented the above recommendation in their respective AGM program policies and procedures. Hence, beginning in 2022, the two countries base their pre-departure certification requirements on the following definition of regulated areas and specified risk periods:

For vessels trading to ports in North America, the revised SPRs means that the time period where AGM certification is required for vessels that have called at ports in Japan and Russia has been increased/lengthened.

However, for the first year of implementation (2022), a transition between the old and new AGM program policy will be in place.

It should be noted that, although the US and Canada are in full agreement on the requirement for AGM pre-departure inspection and certification, due to national regulations and policies there are still differences in the port entry processes between the two countries.