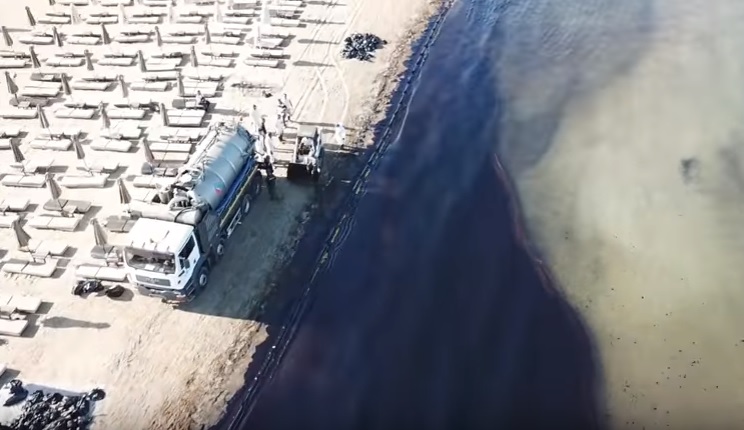 The clean up operations in Athens coasts will take another 20 or 30 days, said Greek Deputy Shipping Minister Nektarios Santorinios, after the Aghia Zoni II tanker sank off Salamina and southern Athens, on September 10, causing a major oil spill in the whole region.

Speaking on Skai TV, Mr Santorinios denied accusations that authorities responded slowly to the sinking of the tanker, noting that a floating barrier to contain the leakage of oil had been installed within a few hours.

Specifically, he explained that Hellenic Coast Guard vessels were in the area, but could not approach the ship before it completely sank, as sinking creates a lot of water turbulence.

In the meantime, around 300 tons of fuel had leaked from the vessel, according to experts.

The following video presents the ecological disaster across Athens' coast: