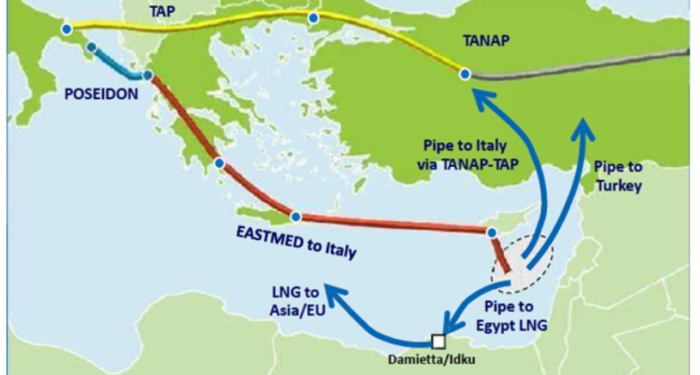 On Thursday, December 2, Cyprus, Greece and Israel inked an Intergovernmental Agreement for the construction of the EastMed natural gas pipeline, a 1,900 kilometer (1,180 mile) subsea pipeline to carry natural gas from the eastern Mediterranean’s rapidly developing gas industry to Europe, with Italy expressing its support for the project by sending a letter of support.

Specifically, the three partners aim to a final investment decision in 2022 and completion by 2025.

The decision for the evolution of the project was made last year, in 2019, when the European governments and Israel decided on the $6 billion pipeline project.

The gas pipeline is expected to initially carry 10 billion cubic meters of gas per year from Israeli and Cypriot waters to the Greek island of Crete, on to the Greek mainland and into Europe’s gas network via Italy. 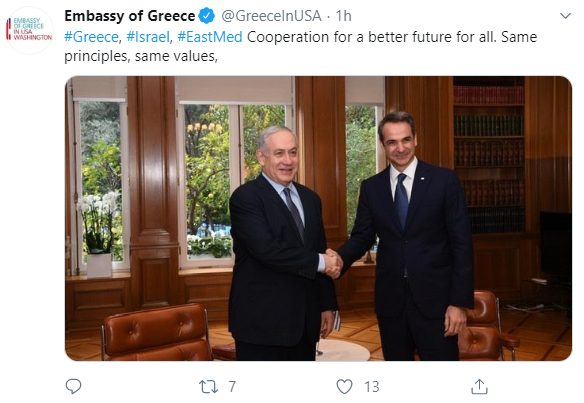 In line with information from the 2019 Global Gas Report, Greece has the potential to become an LG bunkering hub in the Eastern Mediterranean.