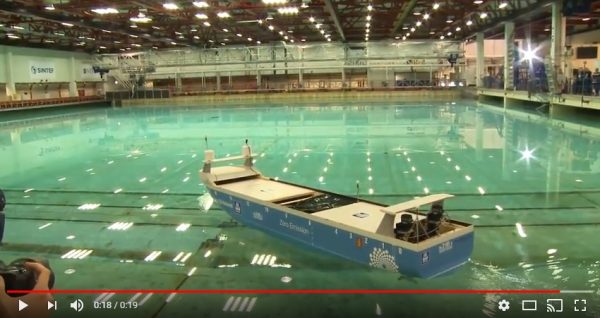 Maritime industry insurance provider, Gard announced that it will start evolving its services by providing insurance not only to sailing ships, but also to autonomous ships as well.

Namely, Gard will provide Hull and Machinery and P&I insurance to what will become the one of the world’s first autonomous container ships with zero emissions: the YARA Birkeland.

Yara International commissioned the YARA Birkeland to transfer its products from the manufacturing site to port. In addition to operating without crew, the ship is battery powered and is designed without ballast tanks. The ship will also be equipped with an automatic mooring system, while berthing and unberthing will be done without human intervention, and will not require special implementations dock-side.

The YARA Birkeland is 79.5 metres in length and with a service speed of six knots, is expected to start operations in 2019, initially operating as a manned ship with a captain and small crew located in a container-based bridge and crew unit. It will sail on two routes within one of the Norwegian fjords, between Herøya and Brevik and between Herøya and Larvik which is 30nm, carrying chemicals and fertiliser. It is planned to be fully autonomously sailing by 2020.

“Much work must be done with the IMO, Class Societies, Flag and Coastal Administrations to address the new technology. Gard’s collaboration with Yara and participation in industry, academic and legal fora ensure we and our Members learn to understand the risks and rewards of autonomous ships,” Gard said in an announcement.