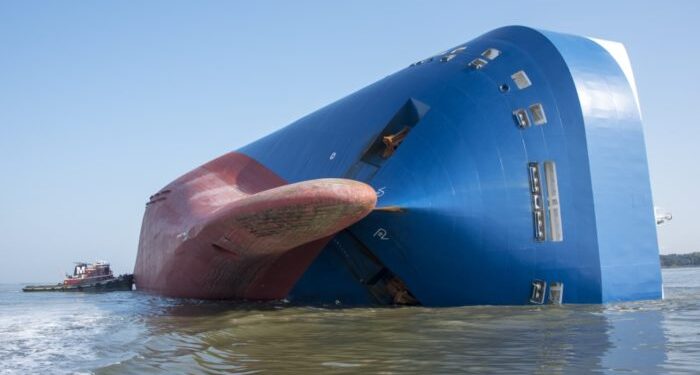 The first high-density polyethylene (HDPE) floating pipe barrier segment has been placed around the wreck of the Golden Ray.

The HDPE pipe will float on the water surface between steel buoys constrained by the structural framing at each pile group.

It will also secure and protect a floating offshore oil boom which will be installed outside of the pipe, surrounding the wreck site.

In addition, earlier this month construction of an environmental protection barrier (EPB) around the car carrier began.

The EPB will include a large floating containment barrier to help contain surface pollutants, as well as large netting to contain subsurface debris.