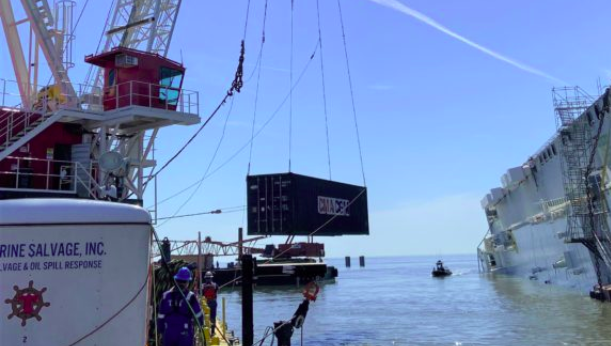 Contractors have begun placing containers around the car carrier Golden Ray, six months after the ship grounded off St. Simons Island, Georgia, in an effort to reduce tidal flow effects during salvage operations.

Crews will soon place multiple containers in arcs around the bow and stern of Golden Ray to reduce tidal effects.

Contractors are using sonar technology to guide the accurate placement of the containers in real time.

Recently, fire broke out on the wreck of the ro-ro Golden Ray, while contractors were contacting welding operations inside the ship.

Luckily, the fire was contained within the hull and was quickly put out by the contractor’s fireboat.