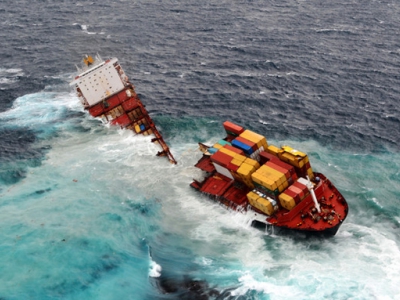 The Japan P&I Club has published a document with respect to how to handle the preservation of electronic and paper evidence following a marine casualty. The document has been published with regard to safe voyaging.

After a marine casualty, the ship’s evidence must be preserved. In particular, the master, chief officer, watch officer and chief engineer must carefully keep all paper and electronic evidence surrounding a navigation casualty.

The bridge of a modern vessel as well as the engine room contains numerous written records, as well as electronic information. Emails following a marine accident sent from the ship to the management company as well as messages received from the company, should be carefully maintained, anticipating investigations by

a) owners and their solicitors;

b) Port State Controlauthorities; and

Reports or documents specifically generated in the wake of a collision or other navigation casualty, including statements of the crew, should also be carefully preserved.

The Forms of Evidence

Evidence, both paper and electronic, may take many forms:

c) Emails – hundreds of emails are generated by a vessel during each voyage. For example, if cargo damage occurs during a voyage because of heavy weather as a result of shifting of the cargo in stow, there should be email reports of this to the management company by the ship as well as responses, following an inspection of the possible cargo damage by the chief officer and others. All of the emails relating to casualties and cargo damage, again, must be carefully preserved.

d) Photographs and Video Recordings – all photographs and video recordings taken prior to and just after a marine casualty should be preserved, including images and video from smartphones. If an accident occurs when a vessel is alongside a dock, there may be security cameras on the pier and arrangements should be made with the terminal to obtain copies of those recordings.

What Happens if Evidence is Destroyed or Deleted?

We shall now discuss what could happen, in the wake of a marine casualty, in the event that both paper and electronic evidence are not carefully maintained and preserved.

In the United States, when there is litigation following a marine casualty or accident, in a United States District Court, the Federal Rules of Civil Procedure allow what is known as “discovery” in which the parties may serve Interrogatories, Requests for Production of Documents, and Requests for Admission upon each other, in which one party seeks to have an adverse party disclose documents and electronically stored information that may have relevance to the facts surrounding the casualty.

Spoliation (literally, “spoiling”) is the destruction or significant alternation of evidence or the failure to preserve property for another’s use as evidence in pending or reasonably foreseeable litigation. Spoliation may be intentional or inadvertent.

If a party fails to disclose the requested information or to cooperate in the discovery process, a U.S.District Court may hold a party in contempt of court and order sanctions which may include the striking of the court papers which support or raise designated claims and defenses. The court may even dismiss the action or proceeding in whole or in part. However, Rule 37(e) “Failure to Provide Electronically Stored Information”, states:

Absent exceptional circumstances, a court may not impose sanctions under these rules on a party for failing to provide electronically stored information lost as a result of a routine, good faith operation of an electronic information system.

In a case illustration, a Panamax bulk carrier in the Atlantic Ocean, was approaching the Bahamas, and her navigators failed to observe a sailboat in the afternoon sun almost dead ahead, also on a westerly course. The bulk carrier was in an overtaking situation with the sailboat and obligated under the COLREGS to keep out of the way of the other vessel. The ship collided with the yacht, which remained afloat following the accident. The yacht’s owner/captain was rescued by the crew of the bulk carrier and elected to abandon his sailboat, which had become partially disabled.

During the subsequent litigation in the United States District Court in New Orleans, the yacht captain filed a motion for sanctions against the shipowner, seeking adverse inferences due to a lack of response by vessel interests to plaintiff’s request for the voyage data recorder (“VDR”) recording.As it turned out, the VDR automatically recorded over itself every twelve hours and after the incident, the crew did not save and retrieve the data from the VDR, thus losing the recorded conversations on the bridge of the ship as well as the other data recorded by the VDR which would have been radar, gyro, etc. The Court decided that since the crew was not negligent in failing to prevent the VDR from recording over the information from the incident, it did not give rise to bad faith conduct. The plaintiff’s motion for adverse inferences against the shipowner, due to alleged spoliation of evidence, was denied.(Note: this was in the “early days” of the VDR requirement; loss of VDR data through failure to save it from taping over may become less excusable now that crews are more accustomed to this recording device.)

The Sale of a Ship and Loss of Evidence

Sometimes after a casualty a vessel will be sold, resulting in loss of her log books, manuals and other records unless these materials are copied and retained. The managers’ loss prevention and insurance and claims departments should work to prevent loss of key documents and records if there are outstanding claims at the time of sale.

After a major marine casualty occurs, litigation may soon follow, in part because of the need to obtain the preservation and production of electronic information. Where foreign flag vessels, crewed by non-U.S. citizens are involved, there may be a need to obtain the deposition testimony of key vessel witnesses as well as the electronic evidence before the vessel sails, since both the crew as well as the evidence may no longer be within the jurisdiction. Even if litigation is not immediately commenced, the paper and electronic evidence should be preserved and maintained in order to prevent prejudice to the shipowners’ position.

The Japan P&I Club states that the document was received from Chaffe McCall, L.L.P., the law firm in New Orleans, U.S.A.

Preservation of Paper and Electronic Evidence Following a Marine Casualty