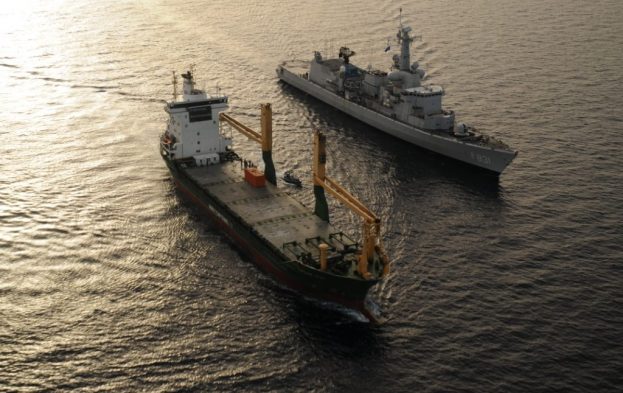 Above image is used for illustration purposes only/ Image credit: EUNAVFOR

Namely, in his statement at the Foreign Affairs Council, High Representative/Vice President Josep Borrell stated that the EU needs to revive Operation Sophia.

Operation Sophia is a military operation of the European Union with two vessels and five planes and helicopters, launched on 22 June 2015, with the aim of neutralizing established refugee smuggling routes in the Southern Central Mediterranean, as part of the EU's comprehensive approach to migration.

It was in May 2019 when the European Union decided to suspend the EUNAVFOR MED 'Operation Sophia' until 30 September 2019, with only air patrols to continue.

The news of suspension reportedly came after Italy’s government threatened to veto the entire operation; Italy had been refusing to take in people, with the country’s deputy prime minister, Matteo Salvini, refusing access to to rescue boats.

ECSA now informs that the deployment of the Operation Sophia’s naval assets will remain suspended, as EU member states continue to work on a solution on disembarkation.

ECSA is of the position that Operation Sophia should be revived as soon as possible, and the European shipping industry stands ready to support the High Representative/Vice President in this endeavor.

It was added that the current situation is not sustainable; nor for merchant ships, nor for seafarers. In fact, the Secretary General stressed that the industry was, is and will always help those in distress, not only as prescribed by international maritime law but also on humanitarian grounds.

But with no assistance from naval forces to discharge the refugees rescued, merchant ships are left in a limbo, as our crews are not trained to deal with helping the refugees and our vessels are not equipped for picking up more than dozens (let alone hundreds) of persons.

He continued, by saying that these rescues in the Mediterranean are not missions launched for shipwrecked people, adding that

They are a human disaster, involving pregnant women, children, the sick and injured who are exhausted, dehydrated and frequently traumatized. Our seafarers are not prepared for such missions, which can be extremely traumatic experiences.