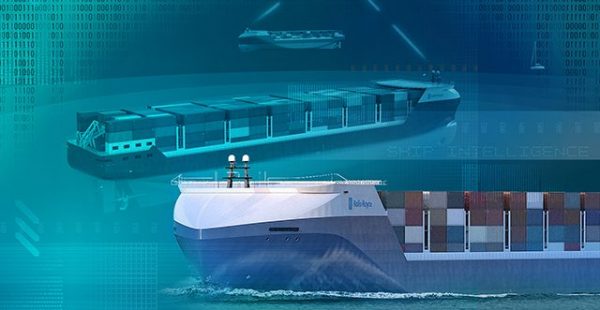 Above image is used for illustration purposes only / Credit: Rolls-Royce

Denmark sees major developments in digitalisation and automation, as key areas for Blue Denmark and future market competitiveness. However, maritime regulation should be made more flexible if it is to support the development of autonomous ships, the Danish Maritime Authority said in a recent report.

The international shipping industry has shown much focus on autonomous ships, with several research projects launched so far. Potential advantages from autonomous ships include enhanced safety at sea and onshore, as human error could be significantly minimized, increase in cost-efficiency, environmental benefits with introduction of new technologies, optimization in the supply chain via IT solutions and improved infrastructure for transport to and from islands.

Aiming to be a frontrunner in terms of technological development and autonomous maritime solutions, and strictly in line with Blue Denmark vision, the country has raised calls for the availability of the right framework conditions, so that neither technical nor regulatory barriers present a hindrance.

DMA recommends that autonomous ships are, to the widest possible extent, regulated internationally by the IMO to ensure that they can operate in as large a geographical area as possible and to avoid jurisdictional issues. In view of this, EU should await the scope and subjects included in the IMO regulation of autonomous ships before introducing regulatory initiatives.

Further details may be found by reading the official report herebelow: 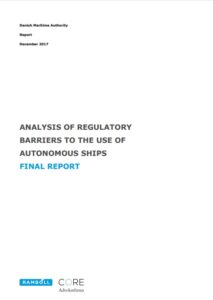