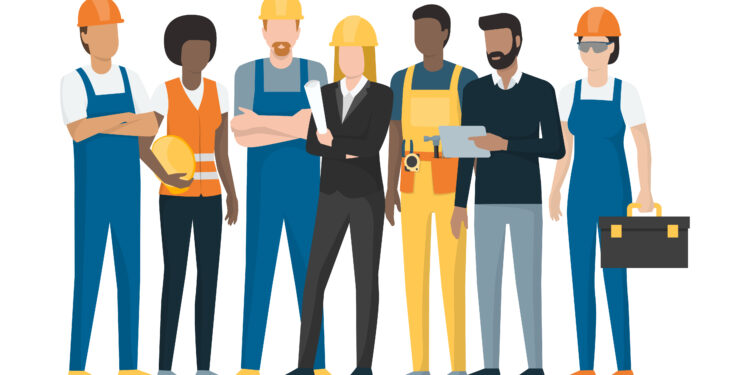 The highest-performing teams have one thing in common: psychological safety; the belief that you won’t be punished when you make a mistake. Thus, allowing for moderate risk-taking, speaking your mind and being creative; to put it simply, sticking your head out without fear of having it cut off- in other words, the types of behavior that can lead to market breakthroughs.

By creating a sense of psychological safety on your team, you can expect to see higher levels of engagement, increased motivation to tackle difficult problems, more learning and development opportunities as well as better performance.

Scientifically speaking, the brain sees a provocation by a supervisor as a life-or-death threat situation. The amygdala in our brains, ignites the fight-or-flight response, hijacking higher brain centers. While that fight-or-flight reaction may save us in life-or-death situations, it handicaps the strategic thinking needed in today’s workplace. As it seems, just when we need it the most, we lose our minds! On the other hand, research from the University of North Carolina has found that positive emotions such as trust, curiosity, confidence, and inspiration expand our minds and help us build psychological, social, and physical resources. Consequently, we become more open-minded, resilient, motivated, and persistent when we feel safe; our humor increases, as do the cognitive process underlying creativity, such as solution-finding and divergent thinking.

When the workplace feels challenging but not threatening, teams can thrive and sustain the “broaden-and-build mode”; oxytocin levels in our brains rise, prompting trust and trust-making behaviors- a huge factor in team success. In fact, leaders can build psychological safety by creating the right climate, mindsets, and behaviors within their teams. According to McKinsey Global, those who do this best act as catalysts, empowering and enabling other leaders on the team to help cultivate psychological safety by role modeling and reinforcing such behaviors from the rest of the team. What is more, research finds that a positive team climate in which team members value one another’s contributions, care about one another’s well-being, and have input into how the team carries out its work is the most important driver of a team’s psychological safety.

In particular, in high-risk systems, such as the maritime industry, professionals more often than not make decisions under time pressure, work with missing information, face unclear goals and perform under unpredictable conditions. Sometimes, the hierarchical organization of such teams may indicate that people in lower ranks feel reluctant to voice their concerns. Not surprisingly, many disasters have traditionally been attributed to a reluctance to ‘speak up’, even in the face of a clear and present danger. On the matter, in an exclusive interview with SAFETY4SEA, Capt. Hans Hederström has noted that “Leaders must realize that more regulation, compliance, and control will not make the industry safer. To improve safety performance leaders must develop their leadership skills to create trust and psychological safety within their team.” With psychological safety, crew members can be encouraged in lower ranks to be assertive and challenge those in a position of power. To create a safe workplace, errors should be detected and reported upwards.

How can you increase psychological safety on your team?

#1. Approach conflict as a friend, not an enemy: It is said that we hate losing more than we love winning! Perceived loss triggers attempt to restore fairness through competition, criticism, or disengagement- a form of workplace-learned helplessness. True success is a win-win outcome; the Harvard Business Review suggest that when conflicts come up, avoid triggering a fight-or-flight reaction by asking “How could we achieve a mutually desirable outcome?”

#2. Speak human to human: Recognizing deeper universal needs such as respect, competence, social status, and autonomy naturally elicits trust and promotes positive language and behaviors. It is vital to keep in mind that even in the most critical cases, the other party is “just like you” and thus aim to walk away happy (the other person has beliefs, opinions, hopes, anxieties, and vulnerabilities; just like you have).

#3. Anticipate reactions (and plan countermoves): Confront difficult conversations by preparing for likely reactions. For example, you may need to gather concrete evidence when discussing hot issues. Perhaps you can look from a third-party perspective to pick up any weaknesses in your arguments and enable you to think and rethink your argument with a different mindset.

#4. Replace blame with curiosity: Blame and criticism reliably escalate conflict, leading to defensiveness and eventually, disengagement. The alternative to blame is curiosity. If you believe you already know what the other person is thinking, then you’re not ready to have a conversation. Instead, adopt a learning mindset, knowing you don’t have all the facts a priori.

#5. Ask for feedback: Asking for feedback on how you delivered your message illuminates blind spots in communication skills, and models fallibility, which increases trust in leaders.

#6. Measure psychological safety: Ask your team how safe they feel and what could enhance their feeling of safety. In addition, the team can also routinely take surveys on psychological safety and other team dynamics. Some teams at Google include questions such as, “How confident are you that you won’t receive retaliation or criticism if you admit an error or make a mistake?”