by The Editorial Team
in Accidents, Maritime Knowledge, Physical 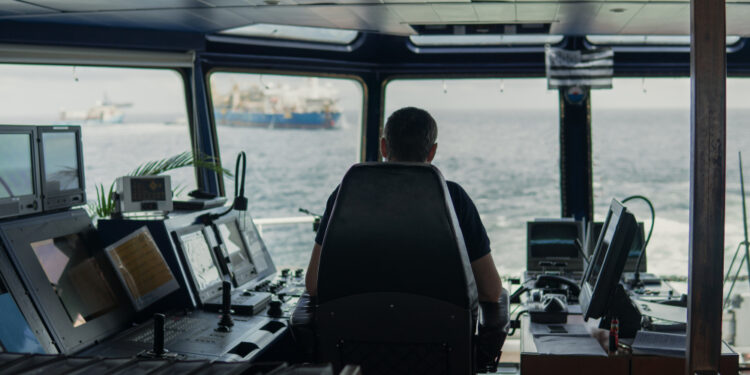 Tiredness is a phenomenon to which all humans are prone and no one is exempt, especially in the workplace, but the magnitude of its consequences varies depending on the nature of the job. In shipping, which is characterized by long shift hours, falling asleep on the bridge could lead to extreme costs, environmental pollution or even fatalities.

Fatigue has been several times the red area of concern in maritime casualty investigations and was included at NTSB’s 2019 – 2020 Most Wanted List of Transportation Safety Improvements.

When safety of yourself and others depends on your alertness, preventing fatigue is vital. Let’s take a look at three case studies from published investigations, where the crew responsible for watchkeeping fell asleep and what the consequences were:

In October 2016, an articulated tug-barge ran aground off British Columbia. The tug’s hull was breached and approximately 110 000 L of diesel oil were released into the environment. The tug subsequently sank and separated from the barge.

The investigation determined that the second mate, serving as watchkeeper at the time, had fallen asleep and missed a planned course change. Specifically:

Lesson learned: This incident firstly identified that how the 6-on, 6-off shift schedule presents a number of challenges such as the difficulty in obtaining sufficient restorative rest during the off-duty periods, as shown by various studies internationally. The incident also highlighted the need for watchkeepers to receive mandatory education and awareness training to help identify and prevent the risks of fatigue. If watchkeepers have a better understanding of those factors, and the actions they can take to reduce the risks, then the maritime could see a reduction in the number of fatigue-related occurrences. Finally, the grounding identified the need for vessel owners to implement comprehensive fatigue-management plans, tailored specifically for their individual operations.

In March 2019, a towing vessel, pushing a partially loaded fuel barge through the Houston Ship Channel, struck another towing vessel and one of its barges, which were moored and preparing to discharge cargo in Pasadena, Texas.

The contact caused the second vessel and its tow to shift about 100 feet upriver, breaking the cargo hoses and mooring lines and damaging the facility, amounted to $630,230. About a half-gallon of jet fuel also discharged into the water.

The investigation determined that:

Lesson learned: The collision occurred at 0408, which, studies have concluded, is a time when the circadian rhythm is at a low. The pilot did not recall making any sudden course change nor did he recall hearing the BNWAS alarm on the bridge. Although individuals vary in their requirements for sleep in a 24-hour period, cognitive function, alertness, and performance are all affected by a circadian process that is optimal on a “day-oriented” schedule. As such, fatigue-related accidents are more likely to occur at the end of the night or during very early morning hours. Meanwhile, company policy stated that if the pilot was feeling tired during his watch, he could have contacted the sleeping captain to assist or called the company to provide a relief, but he did not. Self-reported (subjective) alertness, such as the pilot stating that he felt alert and awake for his shift, is often deceptive, as individuals are often not able to judge their own levels of fatigue.

Therefore, this incident showed that crewmembers should be encouraged to request assistance from other crewmembers if they feel fatigued and that companies should monitor the watch schedules of their crews to ensure that they are properly rested.

In 2018, a ferry was providing a regular service on a busy waterway and was on its third run of the day with 110 passengers onboard. After manoeuvring the ferry off the berth and heading for next stop, the skipper sat back in his chair and closed his eyes. Moments later, he awoke to find the ferry heading straight for a pontoon only 50m ahead. He immediately set full thrust astern, but a heavy landing could not be avoided. The ferry struck the pontoon. Two passengers and two crew suffered minor injuries as a result. Damage to the ferry’s port bow required it to be taken out of service for repair.

The skipper was feeling tired and found it difficult to remain alert. The investigation found he had started work onboard at 0500 after finishing a night shift in a land-based occupation.

Lesson learned: Almost every bridge watchkeeper will have experienced the ‘rubber neck’ syndrome, either through fatigue or boredom. There are many things that can be done to help prevent this from happening, such as standing up, moving around, getting some fresh air and turning down the heating. However, if these don’t work, another watchkeeper should be called either to assist or to take over. Looking after yourself, particularly if you have a responsibility to look after the safety of others, is a must.

Fatigue was a contributing factor to notorious accidents of the maritime history, including: