Cognitive approach onboard: How to focus on what matters 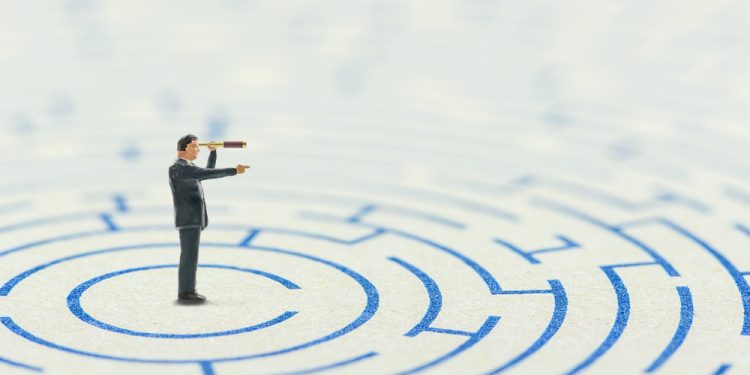 The idea that humans conduct mental processes off information came to the spotlight of psychological thought during the 20th century. Then, a dominant cognitive approach evolved, advocating that sensory information is manipulated internally, before responses are made, influenced by our motivations and beliefs.

Cognitive approach involves the study of internal mental processes; meaning all of the things that go on inside our brain, including perception, thinking, memory, attention, language, problem-solving, and learning.

According to behavioural psychologist Jean Piaget, there are three vital steps to mastering the cognitive approach. These are:

In general, research has concluded that there are five main cognitive processes:

#1 Attention: Focusing on the environment often requires conscious effort. For example, to stay focused on the course of the ship, we may consciously watch the sea and clouds go by, while at the same time noticing the surroundings for dangerous objects.

#2 Thought: Thoughts are any cognitive process that occurs within the conscious mind, but we do not say out loud or express through any physical manifestation. Humans can produce complex thoughts using their “inner voice,” expressing thoughts using verbalized language that exists only within their brains.

#4 Memory: People automatically store information that they perceive in the short-term memory, and much of that information eventually becomes long-term memory. Forming, storing and recalling memories allow humans to display much of their intelligence and are vital parts of cognition.

In addition to adding to our understanding of how the human mind works, the field of cognitive approach has also had an impact on approaches to mental health. Before the 1970s, many mental health treatments were focused more on psychoanalytic, behavioral, and humanistic approaches.

The so-called “cognitive revolution” gave more emphasis on understanding the way people process information and how thinking patterns might contribute to psychological distress. Due to research in this area, new approaches to treatment were developed to help treat depression, anxiety, phobias, and other psychological disorders.

The work of cognitive psychologists is essential for helping people who have experienced issues with mental processes. While we tend to take abilities such as attention and problem-solving for granted, mainly due to the fact that they are present during our everyday lives, cognitive disruptions can create chaos in multiple areas of life.

Attention problems can make it difficult to focus at work. Even relatively minor memory problems can make the demands of everyday life a struggle. And negative thinking can interfere with health and happiness.

Seafarers can be especially benefitted from the cognitive approach, as they are amongst the occupational groups with the highest risk of stress. Lack of training, uncaring work environment, exposure to violence and low job satisfaction are positive correlations for depression, anxiety, and suicidal ideation in seafarers, according to a 2019 study by ITF Seafarer’s Trust and Yale University. What is more, the nature of the job itself is characterized by separation from family and loved ones, isolation and increased workload.

However, one is certain: we all experience negative thoughts from time to time, but some people may find themselves overwhelmed with pessimistic thinking patterns that make it difficult to function. This can lead to increased stress levels, pessimism, and self-sabotage, and feelings of helplessness.

Benefits of the cognitive approach for seafarers

#1 Improves comprehension: The cognitive approach can improve seafarers’ comprehension when attempting new subjects or tasks onboard. With cognitive learning we learn by doing, thus being able to gain a deeper, more comprehensive understanding of new materials, tasks and overall operation of the ship.

#3 Boosts confidence: By promoting problem-solving and improving comprehension, the cognitive approach theory can also boost seafarers’ confidence. Cognitive learning theory equips crew with the skills to handle challenging and complex problems onboard, therefore making new challenges seem less frightening, thus empowering them with the confidence they need to deal with them.

#4 Promotes lifelong learning: Cognitive learning is ongoing, continuously adding new building blocks to the learning pyramid. As a result, using cognitive skills can promote lifelong learning by allowing seafarers to connect their existing skills with new ones, as shipping is a constantly developing environment. Cognitive strategies also encourage a love of learning by making it exciting, engaging, and fulfilling.

Cognitive psychologists explore a wide variety of topics related to thinking processes. Some of these include: