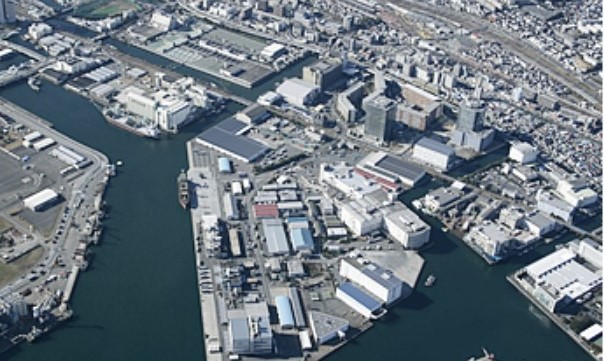 Asian container ports are the most efficient in the world, dominating the Top 50 spots according to the new global Container Port Performance Index (CPPI) launched by the World Bank and IHS Markit.

The index scored ports against different metrics, making the efficiency ranking comparable around the globe by assessing and standardizing for different ship sizes and container moves per call.

The Container Port Performance Index is based on total port hours per ship call, defined as the elapsed time between when a ship reaches a port to its departure from the berth having completed its cargo exchange.

Greater or lesser workloads are accounted for by examining the underlying data within ten different call size ranges.

Copenhagen to receive a new green container terminal by 2023

Finally, five distinct ship size groups are accounted for in the methodology given the potential for greater fuel and emissions savings on larger vessels.

The CPPI aims to identify gaps and opportunities for improvement that will benefit stakeholders from shipping lines to national governments to consumers.

The development of high-quality and efficient container port infrastructure is a key contributor to successful, export-led growth strategies both in developing and developed countries. Efficient ports also ensure business continuity and improve the resilience of the maritime gateways as crucial nodes in the global logistical system

What is more, according to Turloch Mooney, Associate Director, Maritime and Trade at IHS Markit, ”inefficient port operations have a very direct impact on supplies across the country and their populations.” As he explains, during the COVID-19 pandemic there were port delays causing shortages of essential goods and higher prices.

Over the longer term such bottlenecks can mean slower economic growth, higher costs for importers and exporters and even resulting in less employment

East Asian ports are leading the CPPI, as Yokohama in Japan lies in 1st place, with the King Abdullah Port in Saudi Arabia ranked in number 2 and Qingdao in China in number 3.

Additionally, Algeciras in Spain is the highest ranked European port, lying in 10th place. As for South Asia, Colombo in Sri Lanka is the top-ranked port at 17th placem while and Mexico’s Lazaro Cardenas is the leader for the Americas at 25th. Finally, Canada’s Halifax is the only other North American port in the Top 50. Regarding Africa, Djibouti is the top-ranked African port, lying in 61st place.

Key port performance metrics such as minutes per container move show large discrepancies in global port efficiency, with top performers such as Yokohama taking just 1.1 minutes on average to load or unload a container in a standard port call while the average for equivalent workloads in African ports is more than three times that at 3.6 minutes