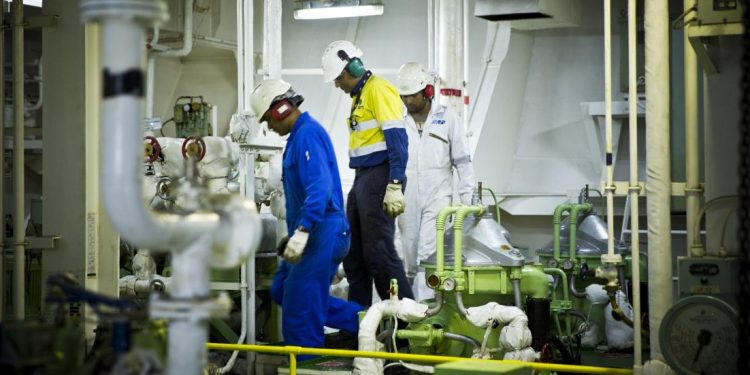 AMSA issued a Maritime Safety Awareness Bulletin to highlight that a lack of planned maintenance can have a significant impact on the safety of the vessel, people, and the marine environment.

Maintenance-related issues do not always receive the attention they deserve, as these are often difficult to detect and can be regarded as entirely technical matters, unrelated to safety and pollution prevention. As a result, maintenance matters may not be reported or addressed as part of the organisation’s safety management system. This increases risks to safety and can result in substantial costs arising from repairs and operational delays.

Nearly three quarters of all marine incident reports received by AMSA between 2019 and 2021 involved deficiencies or failures with onboard equipment, systems, or structure. Between January and February 2022, AMSA conducted focused inspections on planned maintenance which continued to highlight systemic problems with vessel maintenance.

The investigation concluded the vessel had been sailing with an emergency generator that was unserviceable and would not operate as required. When the blackout occurred, the generator started but shut down shortly after, due to overheating. The radiator fan belt had failed several months prior but had not been replaced. The operator did not have adequate procedures to ensure that critical spares were identified, and their inventory level maintained, to guarantee availability when required on board.

The operator should have ensured that systems, machinery, and equipment, critical to the continued safe operation of the vessel, are thoroughly understood, maintained, and tested. This reduces the likelihood of an emergency event relating to these items developing and provide a defence against adverse outcomes, should such a situation arise.

As a result, a focused inspection campaign (FIC) was conducted between January and February 2022. During the inspection period a total of 271 inspections were recorded. 41% of vessels were detained highlighting a continued problem of inappropriate or ineffective maintenance.

This is also evident in marine incident data reported between 2019-2021 (Figure 1), which show that the top 5 reported technical incidents were related to:

SOLAS requires the condition of the ship and its equipment is maintained to conform with the regulations to ensure that the ship remains fit to proceed to sea (SOLAS Chapter I, Reg 11).

SOLAS Chapter II-1, Reg 3-1 additionally requires that ships are maintained in compliance with the structural, mechanical, and electrical requirements of a classification society.

An effective maintenance management system will be the result of an assessment of the associated risks. When conducting the assessment, the operator should consider the following.

Maintenance of the vessel and equipment is a requirement of the ISM Code (Clause 10.1). The ISM Code (Clause 10.2) also outlines that the Company/operator should ensure non-conformities are reported, and appropriate actions are taken. Non-conformity includes technical deficiency, which is a defect in, or failure in the operation of, a part of the vessel’s structure or its machinery, equipment or fittings.

It is important that the operator rectifies the deficiency as soon as reasonably practicable, but also address the underlying maintenance management system failures (non-conformities) that led to the problem in the first place.

Due to the complex nature of the maritime working environment, maintenance-related issues are often a result of interactions between organisational factors and latent conditions.

Fast turnaround times in ports put crew under immense pressure, leaving little or no time to complete critical checks and verifications. This can lead to gaps in maintenance due to time constraints.

Scarce resources mean crew and operators frequently have to make a trade-off between the time and effort taken to prepare for a task, and the time and effort expended doing it. Trade-offs involving shortcuts may allow the ship to be operational more quickly, but at the expense of thoroughness and safety.

It is widely recognised that during the COVID-19 pandemic there have been difficulties ensuring effective maintenance of vessels. However, travel restrictions and quarantine requirements have largely been removed and any related issues are well known now for operators to plan for effective maintenance.

Poorly designed procedures that are unclear, out of date, inaccessible, not written for the task or are difficult to follow will likely result in deviation or non-compliance. It is important to align procedures with the way tasks are undertaken and to involve seafarers in their development whenever possible.

A well-designed planned maintenance system that includes regular and thorough maintenance, visual inspections and operational tests, will reduce the risk of machinery failure. Specific requirements and instructions, including any manufacturer’s recommendations should be incorporated in the testing and maintenance plans.