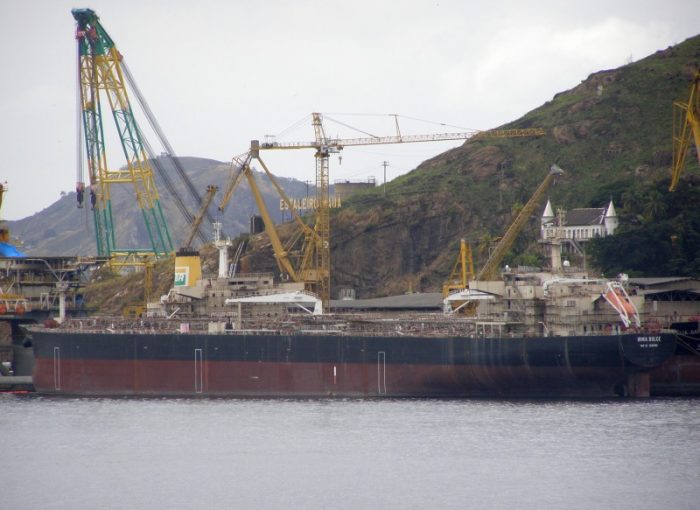 The tanker Irma Dulce, that was on the cusp of being finished, partially sank at the Estaleiro Mauá shipyard in Rio de Janeiro.

The vessel suffered water ingress in a machinery compartment at the stern and partially sank. No injuries were reported, but the cause of the incident is being investigated.

However, there is information that the berth is shallow enough, and Irma Dulce's stern should not sink any further.

Because the tanker was never completed, it did not contain any petroleum products or pollutants when it sank, so no environmental contamination has been reported either.

According to sources, the Captaincy of the Port of Rio de Janeiro deployed an inspection team to the site, while the Brazilian Navy will carry out an administrative inquiry to determine the cause of the incident.

The ship is currently in a stable situation is stable, and dewatering operations have started local media report.