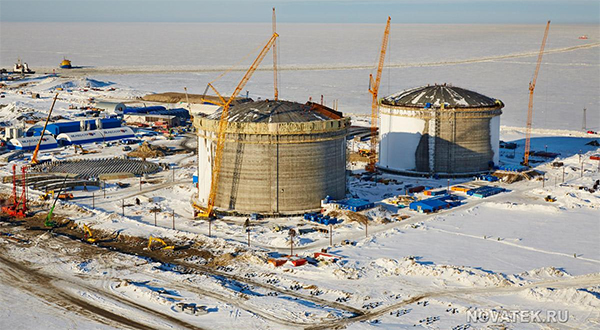 Above image is used for illustration purposes only / Credit: Novatek

Yamal LNG is planned to ship its first two cargoes of Liquefied Natural Gas (LNG) from the Russian port of Sabetta in November, according to sources.

However, Novatek and Total, the project's main developers, have not yet confirmed the destinations of the shipments.

Another four shipments are expected to follow in December. In 2018, it is also expected that up to 10 gas carriers would transfer LNG from the project per month.

Yamal LNG is an integrated project encompassing natural gas production, liquefaction and shipping. The Project consists of construction of a LNG plant with an output capacity of around 16.5 million tons per year, using the South Tambey Field as a resource base. Yamal LNG is operated by Novatek and French Total (20%), China’s CNPC (20%), and the Silk Road Fund (9.9%).