The WTO’s latest World Trade Statistical Review 2019 confirming a continuous uncertainty on global trade and a rise on trade-restrictive measures. The report highlights that trade continues to be concentrated. The ten leading traders in 2018 represented more than half of world trade, with the top five accounting for around 37% of global transactions. 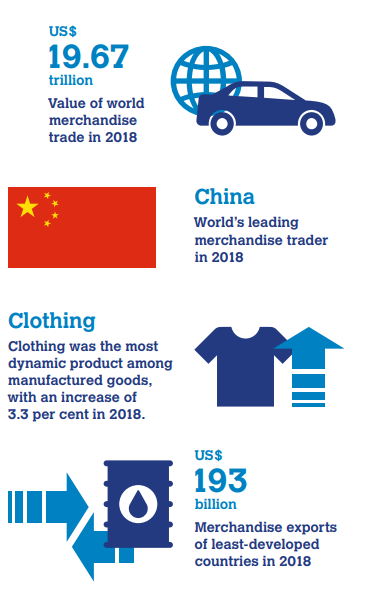 -World trade in commercial services in 2018 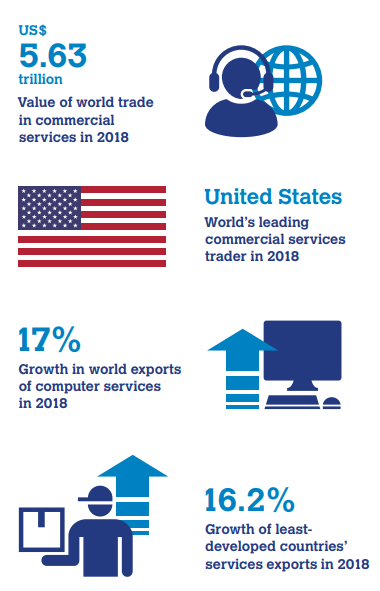 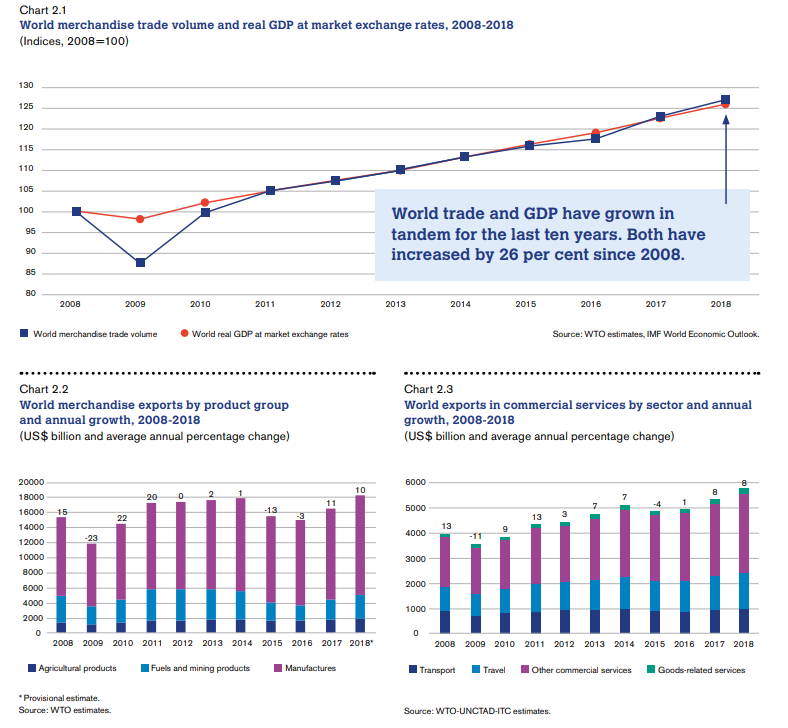 -Which sectors increased or declined the most? 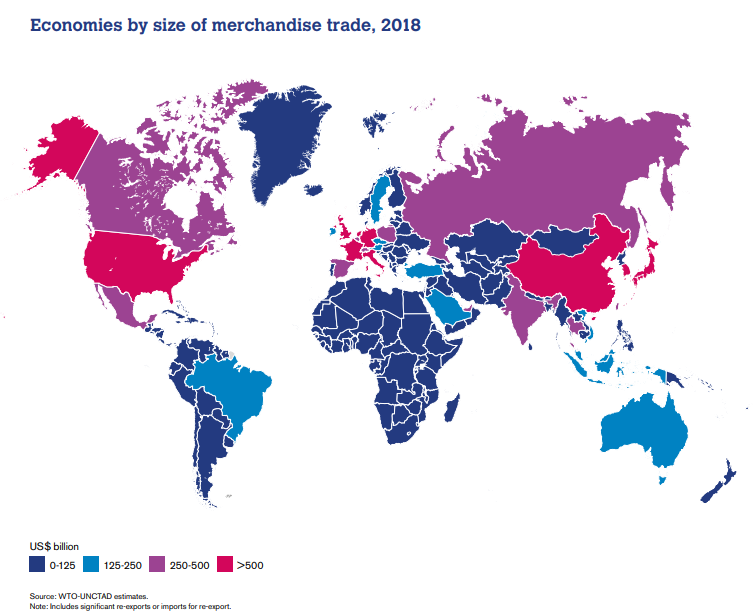 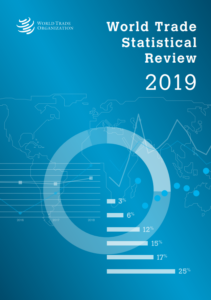