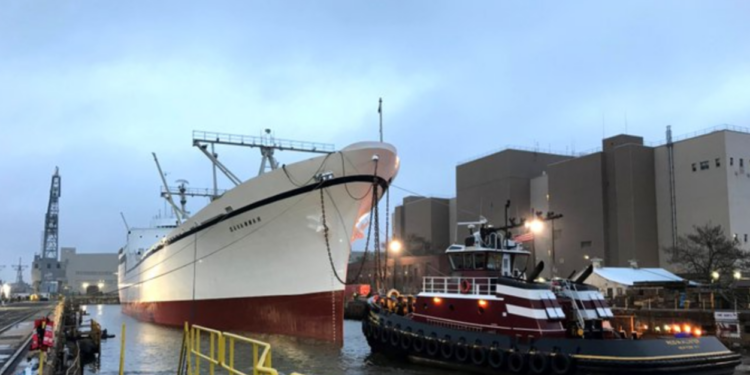 The world’s first nuclear-powered merchant vessel “N.S. Savannah” set sail from Philadelphia and is returning back to Baltimore. According to the Maritime Administration, the vessel was under maintenance at Northeast Ship Repair of Philadelphia.

In fact,  N.S. Savannah began its journey on 13 February and is expected to arrive back home at the Canton Marine Terminal by today, 14 February.

Moreover, the nuclear powered vessel has spent the last period at the Northeast Ship Repair for general inspection, repairs and structural modifications.

With its dry-docking preparation for decommissioning completed, the only U.S nuclear-powered merchant ship will be open for limited tours.

For the records, following its 8 years of sailing, the vessel has covered so far 454.675 miles on 163 pounds of uranium. Now, is a vessel registered National Historic Landmark.

Built in the 1950s as a part of President Eisenhower’s Atoms for Peace program, the ship was a demonstration project for the potential use of nuclear energy.