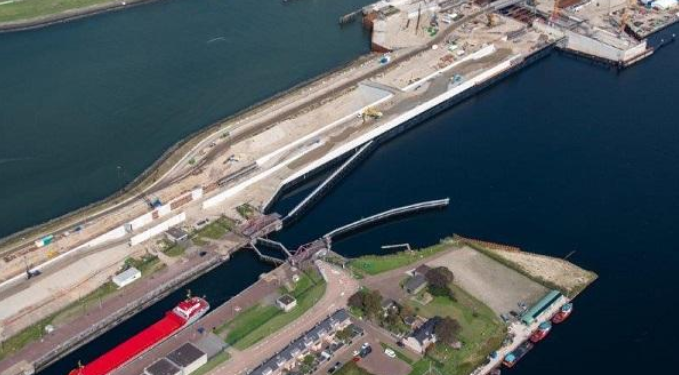 In order for ships to enter the new lock in the Port of Amsterdam in a safe way, Jasper Coremans, Project Coordinator of OpenIJ, explains that works are being conducted on the west side of the new lock to realise a proper approach channel.

In the southwest of the southern lock chamber wall of the new lock, the Port is building a ‘dividing wall’. This connects the new sea lock with the Middle Lock and serves as a flood defence and the future public road across the locks will be built on top of it.

The concrete structures for the dividing wall, the guard wall and the outer approach wall are now almost completed, and then the finishing work can start. This will make the structures an integral part of the entire coastal flood defence which also includes the construction of a public road.