Human Rights at Sea launched it 5th annual report ‘Delivering Impact and Influence’ addressing the charity’s activities from June 1 2018 to May 31 2019, highlighting that their goal is transparency in all areas of its national and international work.

This year has been yet another busy one focusing on transparently evidencing the need for the charity’s work around the world, highlighted by examples of our extensive work within this fifth annual report.

The report highlights many achievements of the year, referring to the Geneva Declaration, which HRAS launched in April.

The principal aim of the Declaration is to raise global awareness of the abuse of human rights at sea and to mobilise a concerted international effort to put an end to it.

COVID-19, Suez Canal blockage did not lead to shipping job loss in India

Also, during a second meeting of National Human Rights Commission (NHRC) with the Forum of Integrated National Security (FINS) a series of human rights abuse was presented.

Moreover, HRAS has its attention on UAE’s regulations concerning seafarers’ rights. Specifically, a new UAE maritime law has been proposed to be enacted in 2020. The UAE Legal and Policy Protections for Seafarers: aims at highlighting legal and policy developments bu the UAE government In tackling issues and protecting seafarers from poor working conditions, and unacceptable human rights abuses.

In line with the Maritime Labour Convention 2006: an ongoing government review of this position to further safeguard international trade in the maritime supply chain is needed and may well be shortly actioned through proposed new maritime law in 2020, updating the extant 1981 law, as announced by HE Dr Dr Abdullah bin Mohammed Belhaif Al Nuaimi, Minister of Infrastructure Development, July 2019. 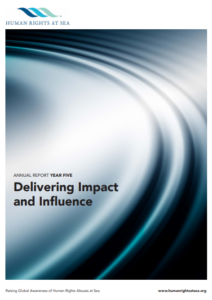