According to Reuters, on 18 February all the vessels operating at the Tripoli Port were forced to evacuate the area as its is said that the Eastern Libyan forces shelled a terminal. In fact, all the offloading operations were cancelled, following the explosion of an LPG tanker discharging in the port.

Specifically, it is said that the shell attack was occurred by the Libyan National Army targeting a Turkish vessel which was offloading weapons. Although, at the moment there is no any official confirmation that the vessel was carrying arms.

So far it is not confirmed the attack was deliberate, however suggestions that a cargo vessel from Turkey was in port, and may have been unloading weapons destined for the GNA, suggests a particular target. This is however unverified, but if true it would be the first instance of clear targeting of the port area, and may heighten the threat to vessels due to indirect targeting. 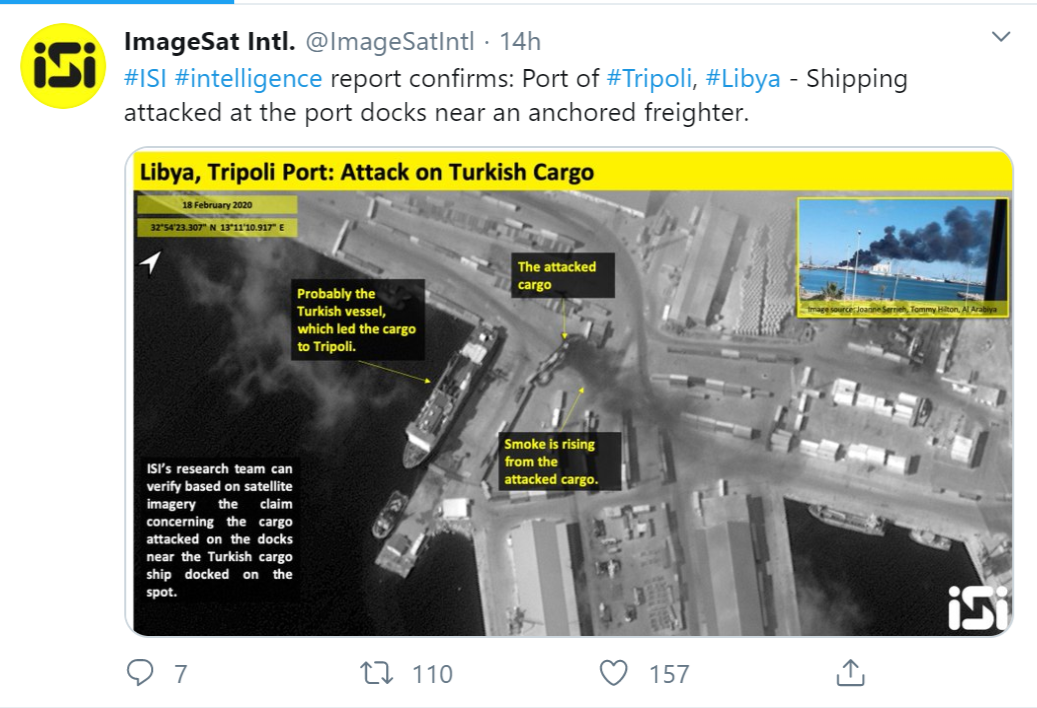 Moreover, there are several claims that the attack resulted the death of three people and injured another five, but there are not confirmed yet.

In light of the situation, the LPG tanker and the gasoline tanker that were moored in the port, immediately left the area to berth in a safer area.

Following the attack, the National Oil Corporation is searching for alternative actions so as to supply fuel to Tripoli and its surroundings areas.

Today’s attack on Tripoli port could have led to a humanitarian and environmental disaster and it will have a significant impact on a crowded region like Tripoli.

Concluding, the maritime security company Dryad, warns vessels and personnel to avoid the port of Tripoli into the short term, as it believes that there is a high threat for shipping in the area.