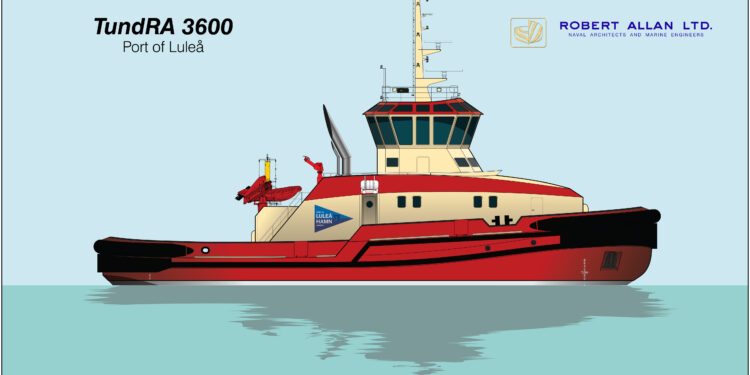 The new escort tug being built for the Swedish port of Luleå will be powered by two Wärtsilä HY 2 hybrid power modules.

The technology group Wärtsilä announced that it will supply two Wärtsilä HY 2 hybrid power modules for a new escort tug that is being built for the Swedish port of Luleå located on the Gulf of Bothnia in the northern end of the Baltic Sea.

The vessel is currently being constructed at GONDAN Shipbuilders, in Asturias, Spain, and the order with Wärtsilä was booked in December 2017. The vessel is set to be launched in early 2019, becoming the first vessel operating with a Wärtsilä HY solution.

This solution will be capable of operating on electrical battery power when in transit and will allow the number of prime movers utilised to be reduced to just one for various operational tasks. These include ship assist with a bollard pull of up to 55 tons, or 90 tons on two main engines in diesel-mechanical mode. A bollard pull of 100 tons will be available when in boost mode, Wärtsilä said.

The vessel will be independent from additional charging facilities, since re-charging of the energy storage system will be automatically managed by the Energy Management System, the “brain” of the Wärtsilä HY.

Furthermore, the installed onshore electrical connection will give the tug the ability to re-charge the energy storage system, even when it is berthed at the quay.

“The integrated hybrid functionality of this vessel will give us a bollard pull of up to 100 tons, while saving fuel and maintenance costs and producing emission levels some 20 percent less than from a conventional ship of this type and size. In other words, we shall have first-class performance in both its operation and its environmental impact. We are very pleased to be getting a tug that reflects the future needs of the industry,” Henrik Vuorinen, Managing Director, Port of Luleå, noted.

Since the Gulf of Bothnia is typically frozen in winter, the 36-metre long tug will be able to perform ice breaking operations and handle one metre thick ice at a speed of up to 3 knots.