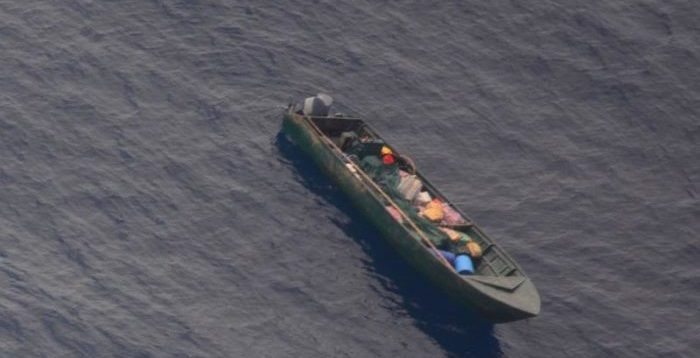 Credit: US Customs and Border Protection

Agents from US Customs and Border Protection (CBP) Air and Marine Operations (AMO) facilitated the seizure of over three tons of drugs in late March 2019. Namely, a Navy ship discovered 6,100 pounds of marijuana destined for the US, on board a panga-style vessel off the coast of Central America.

Agents patrolling in a P-3 discovered a suspect panga-style ship that was located in international waters off the coast of Central America. A US Coast Guard law enforcement team on board a US Navy ship patrolling the area boarded the abandoned ‘panga’ and discovered 6,100 pounds of marijuana destined for the US.

The US Coast Guard and Navy teams seized the narcotics and sank the vessel as a danger to navigation.

Commenting on the operation, Director of Air and Marine Operations Bob Blanchard, said:

Typically most of the illicit traffic in the Eastern Pacific Ocean is smuggling cocaine, but marijuana is also a major source of income for drug trafficking organization. The important thing is that our agents are there to stop these harmful drugs from getting to our streets

With 1,800 federal agents and mission support personnel, 240 aircraft and 300 marine vessels operating throughout the US, Puerto Rico, and U.S. Virgin Islands, Air and Marine Operations uses its fleets to detect, sort, intercept, track and apprehend criminals in diverse environments at and beyond US borders.