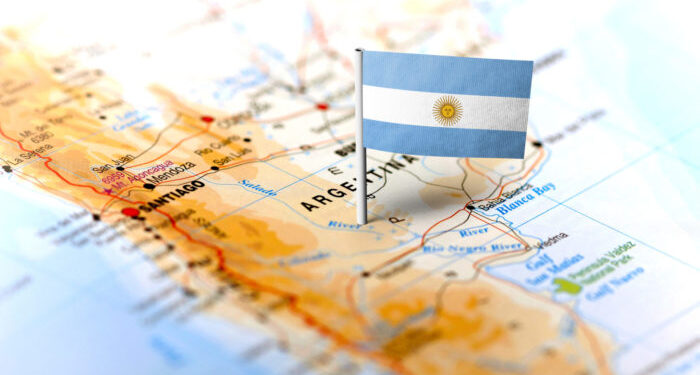 Following the procedures for cargo cleanliness requirements in Argentina, which came into force back in 2017, Argentinian P&I correspondents, Pandi Liquidadores S.R.L. issued an updated circular for all interested parties.

To remind, back in 2017 new procedures came into force for the inspection of the holds and tanks before loading in Argentina.

In fact, the core of the systemconsisted on delegating to private certified survey companies the inspection of the holds/tanks according to the criteria established by SENASA in the regulation.

The system was a response to joint work between the industry and the authorities to achieve a more effective and transparent system, which has proved to work well since then.

…as the circular noted.

However, SENASA now decided to take a more active role and enacted their Resolution 861/2020 to supervise the inspections of holds and tanks, which will be in effect as a trial for one year from 18th November 2020.

While we are considering the scope and effects of the new regulation, we may preliminary inform that according to Annex I of the new resolution, between 10% to 20% of the vessels will be inspected by SENASA at berth before loading to supervise the inspection of holds/tanks carried out by the private surveyors.

As explained, the vessels will be selected according to a risk criteria that will take into account the year built, last three cargoes, intended cargo and the records of the attending surveyors.

In light of the situation, owners and operators are suggested to put special attention on the condition and inspection of the holds/tanks, while are recommended to arrange independent surveyors to attend the inspections on a precautionary basis 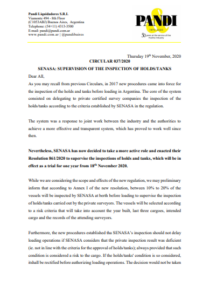