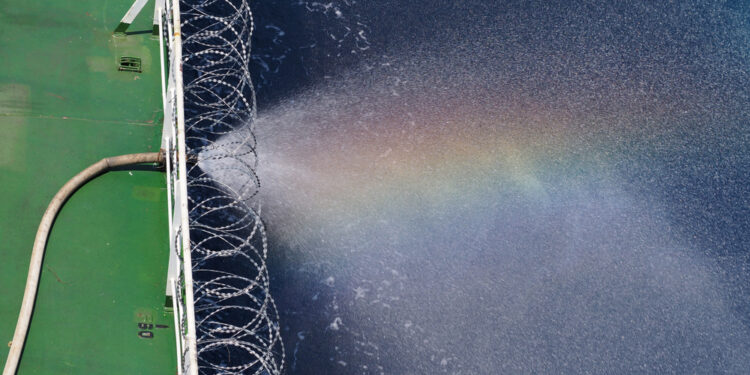 The UK’s Foreign Secretary announced Monday new UK funding of £12.6m to tackle the growing threat of terrorism in West Africa and, specifically, in the Lake Chad Basin, which covers north-east Nigeria, Cameroon, Niger, and Chad.

The news comes as foreign ministers from more than 45 countries met on Sunday to discuss deepening cooperation to combat Daesh and its affiliate terrorist groups, including emerging threats across the African continent. Especially West Africa is a global hotspot for maritime piracy, with the Gulf of Guinea accounting for nearly half (43%) of all reported piracy incidents in Q1 2021.

The funds will be used to support both the regionally-led military fight against Daesh and projects encouraging its fighters to leave the terrorist group.

The UK is also funding a new Conflict, Stability, and Security Fund programme for the Lake Chad Basin region of West Africa, where Daesh’s affiliate, known as Islamic State West Africa (ISWA), is responsible for significant violence. This will support regional military efforts to counter Daesh and other groups, as well as efforts to safely demobilize suspected low-level members of terrorist groups.

Dryad: Lack of improvement in onshore conditions create “a fertile setting for piracy”

We stand shoulder to shoulder with our African partners to tackle the growing threat from Daesh-linked groups across Africa, particularly in the Lake Chad Basin.,