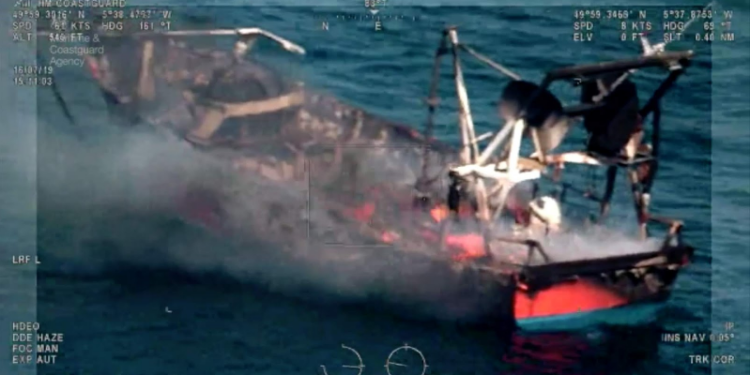 Two men have been safely rescued after their fishing vessel caught fire off the coast of Land’s End, on 16 July. Falmouth Coastguard received multiple 999 calls reporting a vessel on fire, in the early afternoon hours of Tuesday.

Penlee and Sennen Cove RNLI lifeboats and HM Coastguard’s search and rescue helicopter from Newquay were sent to the scene.

The two people onboard had abandoned their vessel to a life raft.

They were safely taken aboard the Penlee lifeboat and reported to be uninjured and not suffering from smoke inhalation and have been taken back to shore in Newlyn.

The fishing vessel eventually sank. A lifeboat remains in the area as part of HM Coastguard’s ongoing monitoring of the boat.