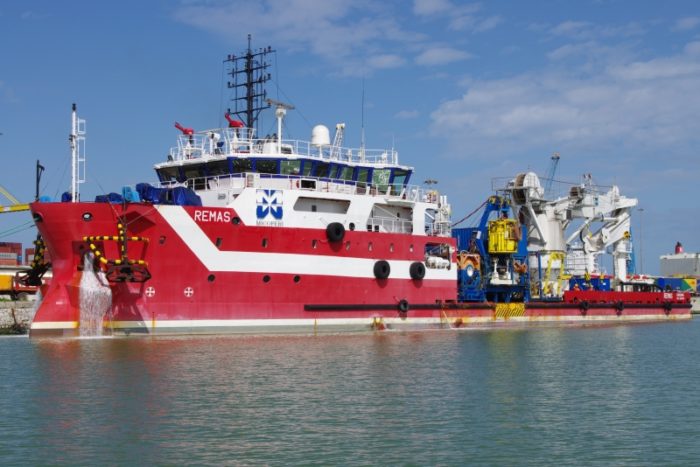 Up to eight pirates attacked the Italian supply vessel 'Remas' on November 11, in the Gulf of Mexico. Two crew members suffered injuries, which are not life threatening. The pirates approached the supply ship with two fast boats.

After the pirates boarded the ship they managed to loot the ship and the crew, and they eventually fled.

During the attack, there were 35 crew on board the ship, including an officer of the Mexican merchant navy. The latter coordinated contacts with the local authorities.

What is more, during the attack two of the crew members were injured lightly. They were later transferred to Ciudad del Carmen, with the ship escorted by the Mexican Army, where they received first aid by medical personnel.

Recently, another two incidents of piracy saw the spotlight. Namely, on 4 November, pirates boarded the tanker 'Elka Aristotle', off Lome, Togo, kidnapping 4 crew members. The pirates managed to board the ship, despite it having at least one guard on board, as the security force's attempts to prevent the attackers were not successful.

At the time, the J.J. Ugland vessel was at anchor, waiting for berth to discharge inbound cargo of gypsum, mostly used as fertiliser.

According to a statement of the company, the remaining members of crew contacted the local authorities and later in the same day, the Norway-flagged vessel docked at the port city of Cotonou.

In light of the recent piracy incidents, the Union of Greek Shipowners expressed their great worry and concern and highlighted that all shipping stakeholders should place the piracy incidents as a top priority, as they pose great challenges for the seafarers.

Specifically, the Union noted that the recent incidents have taken an alarming turn for the safety not only of the seafarers but also for the whole, international shipping industry, as this kind of attacks indicate that trade through the region may be dangerous and challenging, as well as lead to disruption of operations.