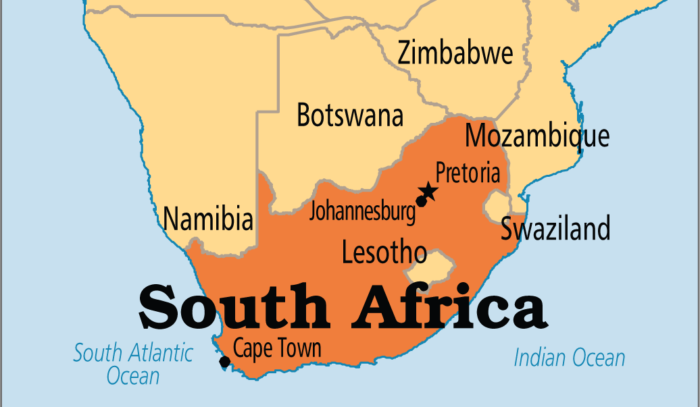 South Africa is holding the cruise liner MV AidAmira, along with a cargo vessel off Cape Town after a crew member on board one of the ships presented signs of COVID-19, national ports operator Transnet reported on March, 17, Tuesday.

Accordingly, President Cyril Ramaphosa declared a state of disaster and implemented urgent measures including travel bans to fight the pandemic, which has so far affected 62 people in South Africa.

Reuters stated that the first suspected case of COVID-19 was reported in a South African sea-port, where the potential crewmember that has acquired COVID-19 is a MV Corona cargo vessel crew member, that had been on a flight with a fellow crew member and six passengers who boarded the MV AidAmira.

In light of the pandemic and the rapid spread of the virus, the South African Foreign Ministry announced that citizens should refrain from traveling on cruise ships until further notice.

Given that the cruise industry has been at the centre of the COVID-19 attention as many cases were reported on several cruise vessels, CLIA announced that ocean-going cruise lines will be voluntarily and temporarily suspending cruise ship operations from US ports of call for 30 days as public health officials and the US Government continue to address COVID-19.

Overall, the MV Corona departed Cape Town on March 11 but the ship’s master contacted port authorities requesting to return after the patient started to exhibit symptoms of the virus. Following, as a precautionary measure, the six passengers on board the Italian-flagged MV AidAmira were quarantined, waiting for further medical checks, although they did not exhibit any symptoms, Transnet added.

Concluding, another cruise vessel, Cunard's Queen Mary 2, the biggest cruise liner in the world, is expected to return to Cape Town later in March on a "service call" only, after most of its passengers disembarked in Fremantle, Australia. Its world tour was called off because of the coronavirus pandemic, a Cunard official told Reuters.