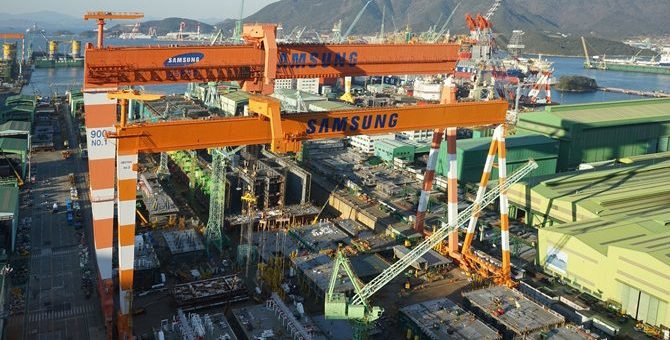 South Korean shipbuilder Samsung Heavy Industries Co. has won an arbitration case against Pacific Drilling VIII Ltd. (PDC) over a drill ship order cancellation in 2013. The shipbuilder is now likely to receive US$318 million in compensation over this case.

A tribunal in London on Wednesday favored the shipbuilder's claims against Pacific Drilling VIII Ltd. (PDC), a subsidiary of US-based Pacific Drilling S.A., regarding the contract cancellation for the Pacific Zonda drill ship, according to Yonhap news agency.

In 2013, Samsung Heavy secured an order from PDC to build a drill ship for $517 million.

However, in October 2015, the company notified Samsung that it would cancel the order, claiming that the shipbuilder was delaying the construction process and was not likely to meet the delivery deadline.

Samsung Heavy then took the case to Britain's arbitration tribunal, saying that PDC's order cancellation was an unfair practice.

For the order, Samsung had received $180 million as advanced payment but did not collect the rest.