Above image is used for illustration purposes only / Credit: Shutterstock / Oil and Gas Photographer

Rystad: Indonesia’s oil and gas production to decline in 2020

Rystad reported that Indonesia's production of both oil and gas will most likely fall in 2020, despite the country’s official projections of a combined 8% growth year-on-year.

Specifically, it was stated that the country's upstream task force SKK Migas had set an ambitious oil production target of 755,000 barrels of oil per day (bpd) for 2020. Achieving this target means an output growth of 1.2% from last year’s 746,000 bpd.

Also, it is estimated that the oil production stands at 718,000 bpd; Yet, in total, the production from mature assets is expected to experience a decrease of about 38,000 bpd this year. Meanwhile, assets in the ramp-up phase are expected to add 10,000 bpd, indicating a shortfall of 37,000 bpd compared to SKK Migas’ target.

Out of the eight fields starting up in 2020, only Malacca Strait Phase 1 is an oil play and will not on its own replace the declining production from Indonesia’s mature fields. 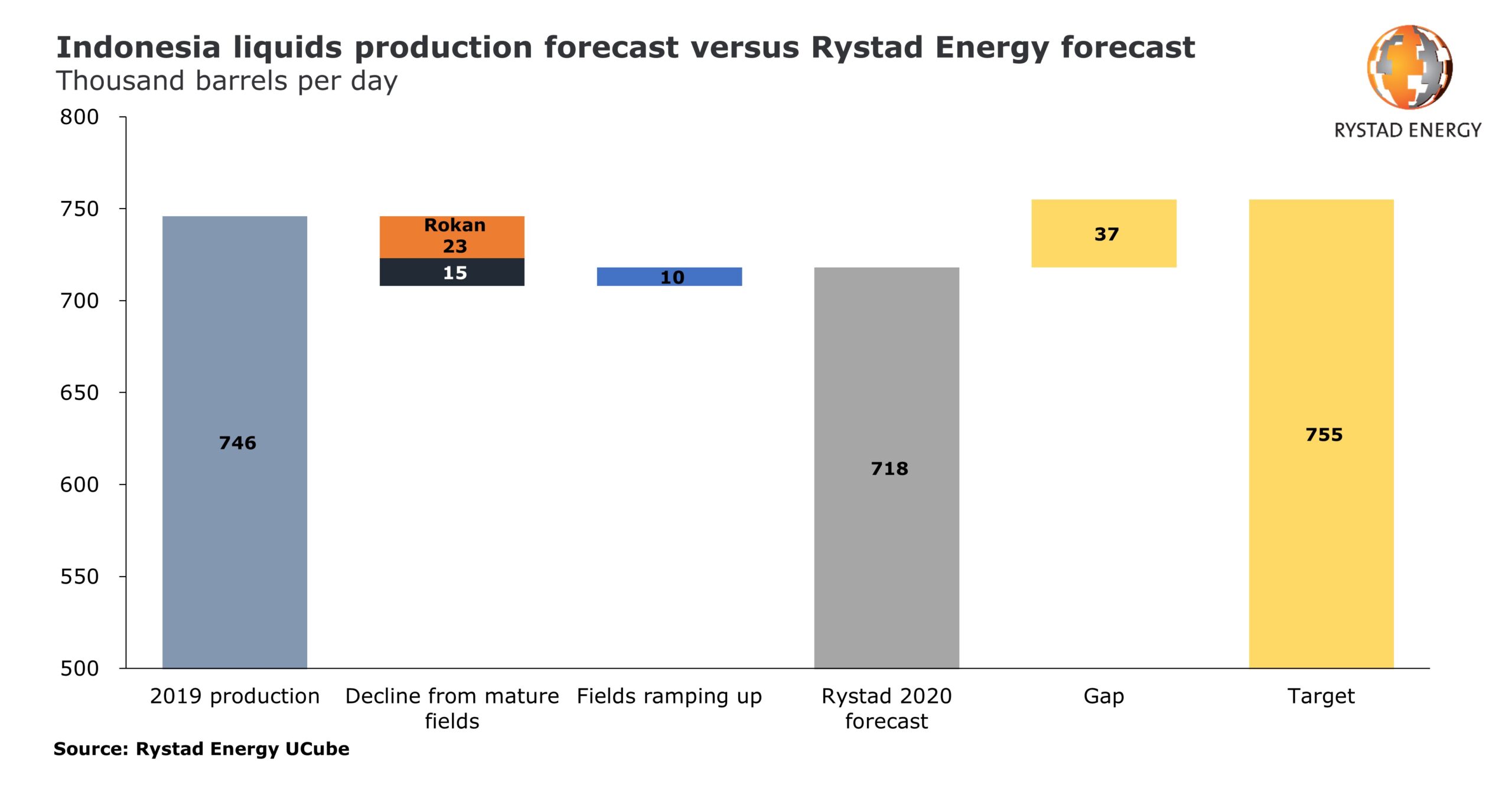 Concerning the gas, SKK Migas forecasts a 12.4% output growth, targeting production levels of 6,670 million cubic feet per day (cfpd) in 2020. On the other hand, Rystad Energy estimates that the production this year will fall to 5,870 million cfpd from 5,934 million cfpd in 2019.

In order for combined oil and gas production to increase, Pertamina, operating several significant producing blocks in Indonesia, must clear many hurdles to lift its output in 2020.

In addition, the beginning of production from the Eni-operated Merakes field will improve the country's gas output, but the real impact of this field will not be felt until at least 2021. With no major oil projects in the pipeline, oil production will continue to decline until Pertamina drills further on the Rokan block. 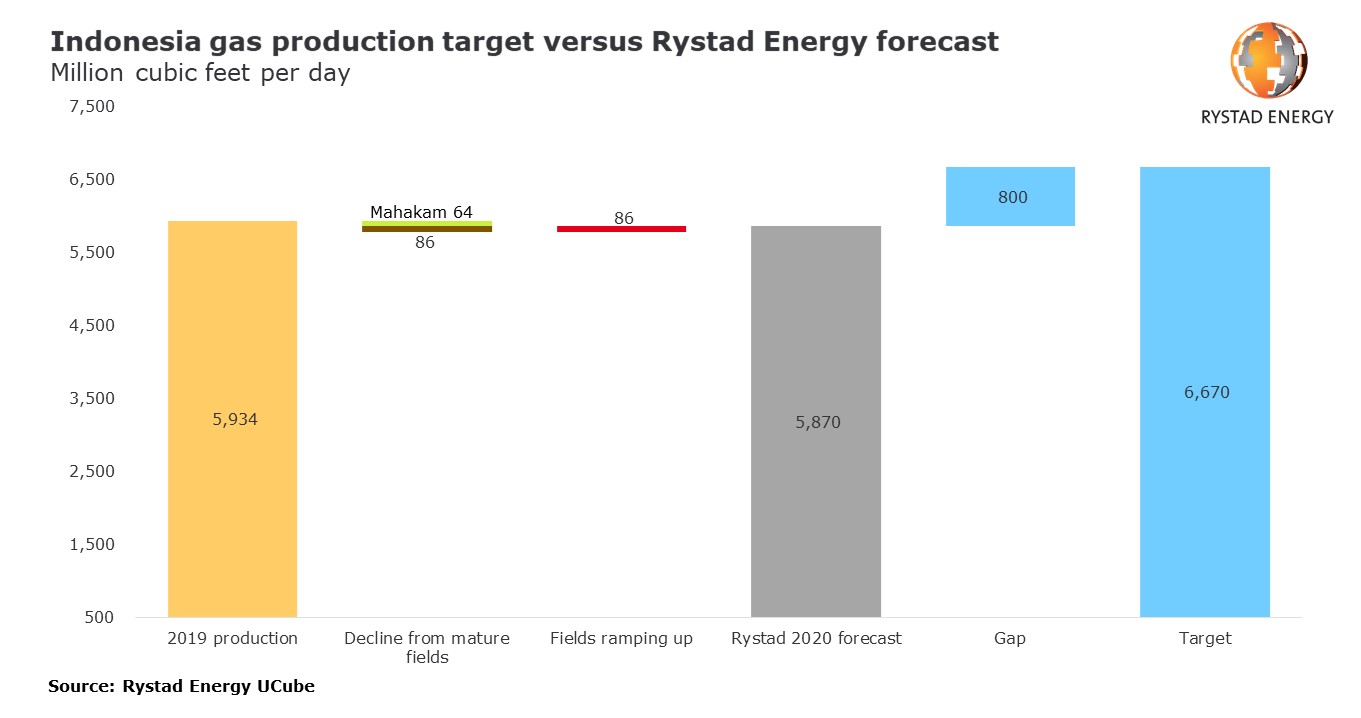