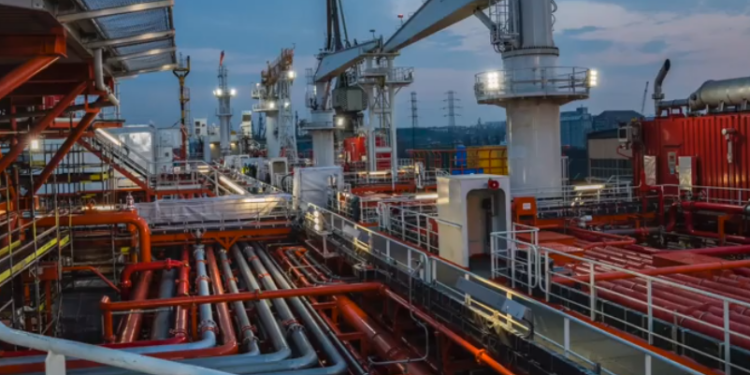 On 25 July 2018, Norway’s Petroleum Safety Authority (PSA) carried out an audit of the follow-up of materials handling, cranes and lifting on ‘Martin Linge B’, the floating storage and offloading unit that was recently installed in North Sea. The audit detected non-conformities in the areas of procedures for cranes and lifting operations, completion of cranes and training.

The audit formed part of PSA Norway’s follow-up of the development project for the Martin Linge field. The objective of the audit was to assess whether the requirements for materials handling, cranes and lifting on Martin Linge B were being met during the conversion of and operational preparations for the facility.

The safety body gave Equinor a deadline of 3 September 2018 to report on how the non-conformities will be addressed.

MT Hanne Knutsen has been converted to a floating storage and offloading unit (FSO) and named Martin Linge B. Norwegian oil major Equinor is leasing Martin Linge B from Knutsen NYK Offshore Tankers AS (KNOT), which is also operating the facility.

At peak some 1,500 to 2,000 individuals in rotation will be occupied in the hook up and completion phase. The production is estimated to begin in 2019.