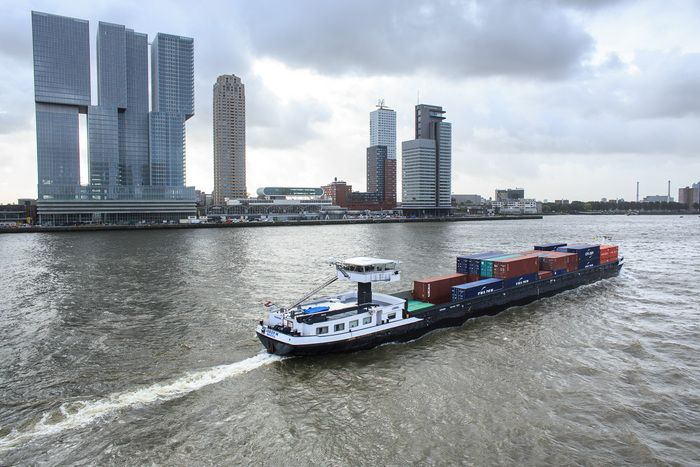 Port of Rotterdam issues its half year results throughput

Despite the COVID-19 major impacts on the economy, Port of Rotterdam managed to be fully operational amid the pandemic and achieved throughput of 218.9 million tonnes in the first six months of 2020.

Namely, the port issued its 2020 half-year report, highlighting the economic impact of the pandemic and showing the developments by category of its cargo throughput.

Specifically, dry bulk accounts for 14% of throughput in the port of Rotterdam. Falling volumes were seen primarily in the throughput of iron ore and scrap (-22%) and coal (-34%).

In light of the above, Allard Castelein, CEO of the Port of Rotterdam Authority, noted:

Furthermore, liquid bulk throughput amounted to 99.8 million tonnes. That is approximately 10 million tonnes less than in the first half of 2019, a drop of more than 9%.

Accordingly, volume of mineral oil products fell sharply (-22%). In the case of crude oil, the fall was only slight (-4%) and LNG throughput actually increased slightly (+2.6%).

Break bulk fell by 11% in the first half year. RoRo throughput was 12% lower.

Concerning the container throughput, was only 3.3% down on 2019 (in tonnes, 7% in TEU), a 2.5 million tonnes less cargo.The decline in throughput was nevertheless less pronounced due to the increased call sizes of vessels calling at Rotterdam.

Nevertheless, it is not in Rotterdam's nature to sit back and watch. That is why the Port Authority has conducted a review to determine which public-private investment projects can be accelerated. In that way, the government and the port of Rotterdam can team up to further the sustainability of the economy, while giving it a kick-start at the same time. 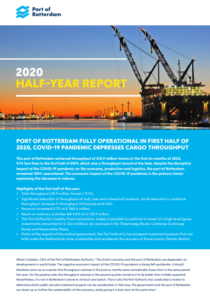