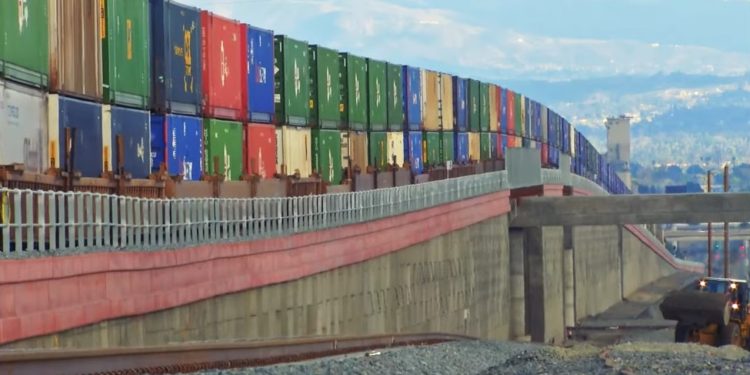 The U.S. Maritime Administration issued a Final Environmental Impact Statement (EIS) and Record of Decision, approving the planned Pier B On-Dock Rail Support Facility, a Port of Long Beach project designed to enhance the flow of cargo by rail.

As disclosed, the planned $1.5 billion Pier B On-Dock Rail Support Facility is the centerpiece of the Port of Long Beach’s rail improvement program. It will shift more cargo to “on-dock rail,” where containers are moved directly to and from marine terminals by rail, significantly reducing trips by trucks throughout the region.

We thank MARAD for its work completing the EIS, which allows us to receive federal funding for a facility that will benefit the whole country

This project will help cargo move more efficiently, and it’s vital to maintaining our competitiveness and meeting our environmental goals

In December, in recognition of the critical role the Port of Long Beach plays in America’s supply chain, the U.S. Department of Transportation, Maritime Administration awarded $52.3 million to help fund development of the facility. Phase 1 construction, expected to be completed in 2025, will double the capacity of the existing Pier B rail yard. Street realignments and other component projects will continue to improve operations as they are finished. The project is scheduled for full completion in 2032. No cargo trucks will visit the facility.