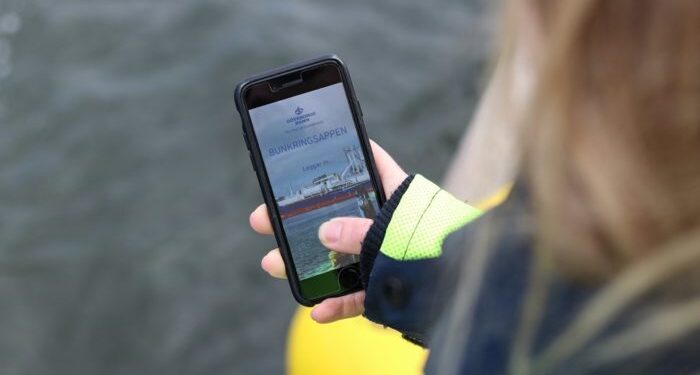 The previous week, the port of Gothenburg launched a digital application to make bunkering operations at the port easier and more efficient. The ‘bunkering app’ is one of the first in the world to offer this range of functionality.

Mainly, the Port of Gothenburg Energy Port is the largest open access energy port in the Nordic region, handling over 2.500 calls and more than 23 million tonnes of energy products annually. The Energy Port is also one of the world’s larger bunkering hubs.

The application is available to all bunkering operators at the Energy port. Instead of traditionally reporting manually through email or phone, they submit advance bunkering notification using the app.

In addition, the app consists of bunkering statistics, facilitating the work of the Swedish Maritime Administration Vessel Traffic Service (VTS) and other organisations at the port. The idea behind the app is to make it simpler for bunker operators to plan and carry out their work effectively.

In January 2019, the port began a test season with selected users in order, for those interested, to contribute valuable input in the lead-up to the official rollout last week.

Amongst the participators is Bunker One, bunkering company, that now uses the app as part of its regular operations.

Overall, I think the app is already working very well, although the coastguard and VTS notification function needs to be more user-friendly. Booking quay space and the quay plan are excellent, giving us better foresight, which in turn helps us in our day-to-day work.

Also, the application is useful to the Energy Port’s security coordinators who save time by not acting as intermediaries between the different parties, as it was happening before.

In the meantime, Dan-Erik Andersson, head of Operation at the Energy Port highlighted that although the application provides many benefits to those using it, but also to the port, it is not the port’s intention to replace daily contact with the customers.

Concluding, the bunkering app is another step closer to the digitalization and automation of the Energy Port.