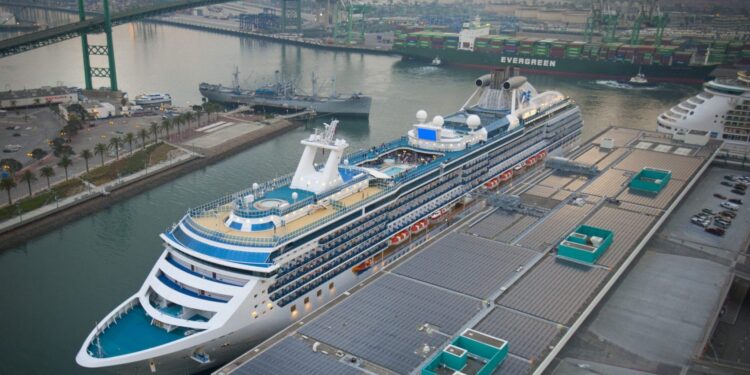 The Port of Los Angeles handled 826,640 Twenty-Foot Equivalent Units (TEUs) in January 2017, an increase of 17.4 percent compared to January 2016. It was the busiest January in the port’s 110-year history, outpacing last January, which was the previous record for the first month of the year. It was also the second-best month overall for the Port, eclipsed only by last November’s 877,564 TEUs.

“Coming off our best year ever in 2016, it’s very encouraging to keep the momentum going into 2017,” said Port of Los Angeles Executive Director Gene Seroka. “The Port remains diligent, along with our partners, in making the San Pedro Bay supply chain even more efficient through world-class infrastructure, innovative technology solutions and strategic use of resources.”

The January surge is due in part to retail stores replenishing inventories after the holidays, a trend of increased U.S. exports and cargo ships calling ahead of the Lunar New Year, when goods from Asia slow down considerably. Over the most recent 10-year period, January volumes at the Port of Los Angeles have averaged 645,142 TEUs.