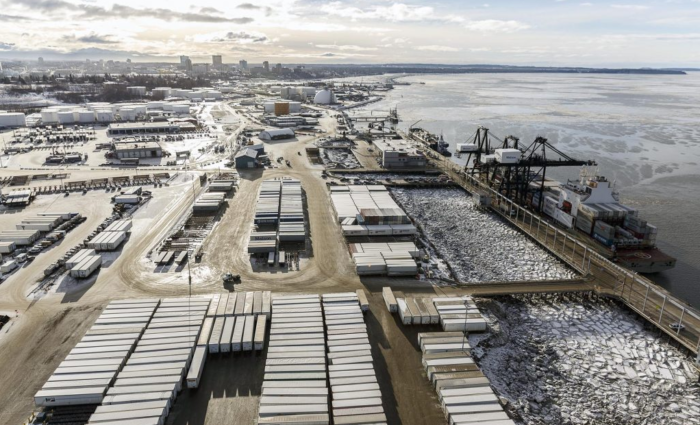 The US Department of Transportation issued a $25 million grant to the Port of Alaska (Anchorage's seaport), in line with the Better Utilizing Investment to Leverage Development (BUILD) program, with the funds being used for the first phase of the port's upgrade, renovating its cement and petroleum dock, which is falling into disrepair.

The port has reported that the dock's are a serious threat, because the concrete pilings are cracking and they might not survive if an earthquake happens. Therefore, the grant will help the port authority renovate the pier, so that it will be resistant to extreme seismic events like the infamous 1964 quake, and it will give the facility a new 75-year lease on life.

In light of the grant, Anchorage municipal manager Bill Falsey stated that the money will fill part of an $80 million funding gap in the project's first phase, adding that they now feel confident that the port upgrade will be complete in 2021.

The amount that remains will be gathered from a port tariff increase, which remains to be approved by the local assembly. Yet, the tariff remains a controversial issue as it would increase the price of consumer goods. However, if the port does not repair its unsafe facilities in the next ten years it would have to shut them down.

The Alaska Congressional Delegation applauded the grant and the project, stating that

The Port of Alaska – which provides the vast majority of the food, construction materials, fuel, and other vital goods that Alaskans rely on – is in danger from crumbling infrastructure. Alaskans have been sounding the alarm about the critical state of Alaska’s primary import terminal for years and, thankfully, the Trump administration and [Secretary of Transportation Elaine Chao] have listened and are taking action to help us.

Concluding, the Norwegian cruise line recently announced that its presence in Alaska will be boosted following a 30-year agreement with Ward Cove Dock Group, LLC, in order to construct a new double ship pier located at Ward Cove, Ketchikan, Alaska. In the meantime, in October, the cruise company won an offer for a three-acre waterfront parcel in Greater Juneau in Alaska, and attracted stakeholders, such as local collaborators, the government, business and community leaders, to conduct its project that will have fruitful results, not only for the city but for the company, as well.