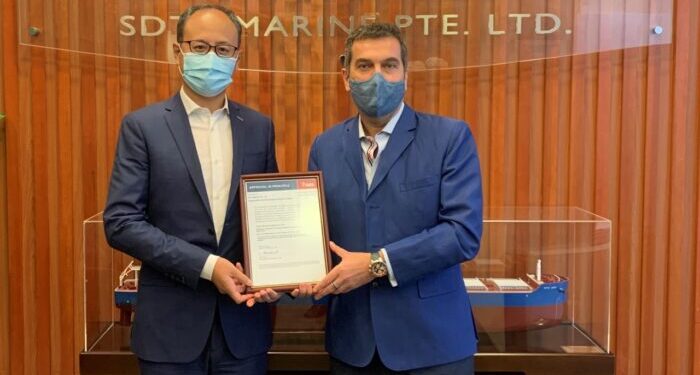 SDTR supplied key operational data and SDARI developed the design with ABS support and review. ABS also provided an analysis of methanol as fuel market outlook, including a vessel performance evaluation in various operating scenarios including under the European Union Emissions Trading System.

Pier Carazzai, ABS Vice President, Pacific Regional Business Development, believes, with Gao Dehui, CEO of SDTR Marine adding that “the joint development of the Methanol-Fueled 85,000 DWT bulker with SDARI and ABS is an important step for SDTR in the process of achieving a zero-carbon fleet in the future.”

Furthermore, Wang GangYi, Chief Engineer of SDARI noted that the advantages of methanol are mainly reflected in the lower transformation cost, and through the ratio of gray methanol and green methanol, it can meet the requirements of GHG emission reduction in 2050.