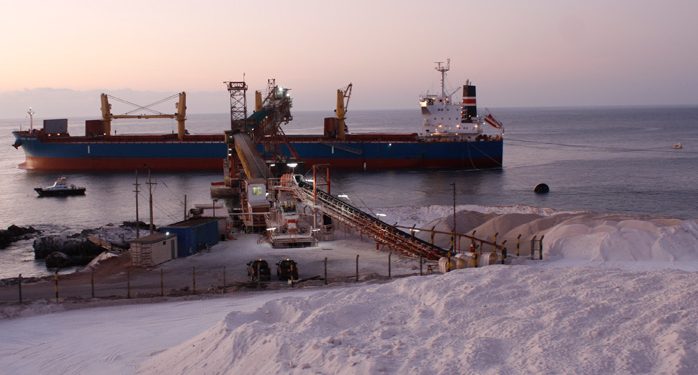 The salt is to be loaded in Caleta Patillos 1,400 kilometres north of the Chilean capital Santiago and discharged primarily on the American East Coast in ports between Boston and Baltimore.

The contract covers 8-10 voyages per year of 50,000 tonnes each. A voyage is expected to take approximately 30 days and the vessels will pass through the Panama Canal to get from the South American West Coast to US East Coast. Road salt (rock salt) will be carried on Supramax vessels.

Since 2000, Norden has transported more than 15 million tonnes of salt for Empremar from Chile to the USA. The new contract guarantees the long-term partnership with Empremar, when the current 10-year contract with Empremar expires in 2022.

“We are proud to extend our partnership with Empremar for another 10 years…The new contract enables Norden to position vessels at the eastern coast of North America where they can be deployed to fulfil other long-term contracts carrying wood pellets to Europe”, said Michael Boetius, Head of Period Tonnage & Industrial Bulk at Norden.