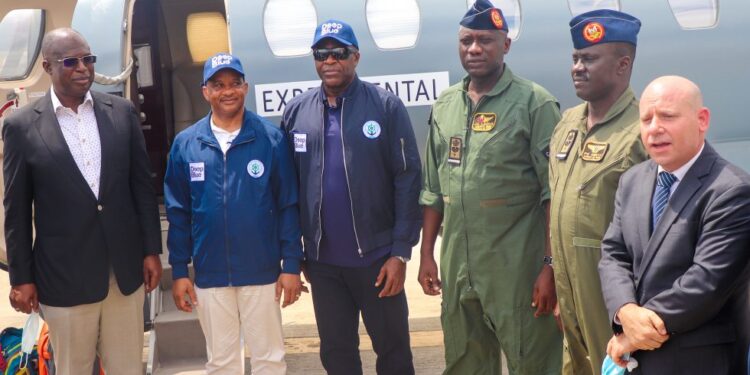 Nigeria launched the Deep Blue Project, in order to tackle piracy and maritime crime in its waterways and the Gulf of Guinea.

To support the project a Special Mission Aircraft was received, indicating the the final phase of the delivery and installation of assets under the Deep Blue Project.

Under this light, Director General of the Nigerian Maritime Administration and Safety Agency (NIMASA), Dr. Bashir Jamoh, revealed a drastic reduction in the rate of attacks in the country’s Exclusive Economic Zone (EEZ) with the deployment of the Deep Blue Project assets:

There has been a drastic decrease in the rate of security breaches in our waters in recent times. This is a clear indication that we are getting it right with the Deep Blue Project. The figures we are getting from the International Maritime Bureau (IMB) are encouraging. We ultimately aim to completely eradicate security hindrances to shipping and business generally in the Nigerian maritime domain

According to the latest IMB quarterly report of piracy and armed robbery against ships recorded only two incidents in Nigerian waters between January and March this year, compared to 11 attacks within the same period last year.

In the same wavelength, considering the attacks on merchant ships in the Gulf of Guinea by Nigerian pirates, 99 maritime companies, organisations and flag states, have signed the Gulf of Guinea Declaration on Suppression of Piracy, which was launched on May 17.