New container terminal to be built at Port of Rotterdam 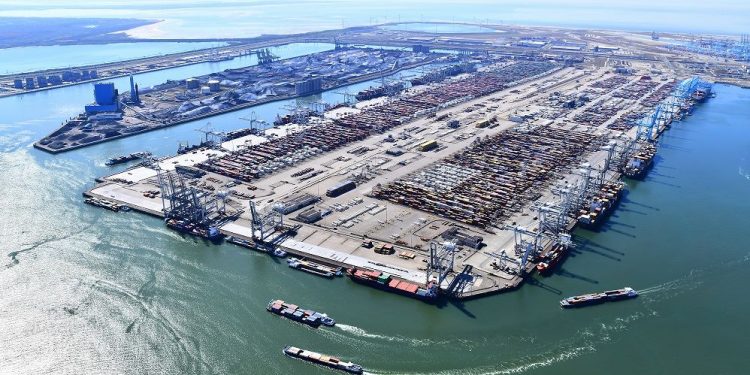 The Port of Rotterdam announced that Hutchison Ports and Terminal Investment Limited Sàrl (TIL), the terminal investment company of Mediterranean Shipping Company (MSC), will develop a new container terminal in the Europahaven, where the north side of the Hutchison Ports ECT Delta terminal and Hutchison Ports Delta II (the former APMT-R site) are located.

Both locations on the Delta peninsula are part of the new container terminal. The Port of Rotterdam Authority will redevelop the quay walls for this project. The entire terminal will be developed and launched in phases and is expected to start the first phase of operation in 2027.

We are looking forward to developing and operating the terminal together with TIL. In our plan, the new terminal will consist of five deep-sea berths with a total length of 2.6 km

Allard Castelein, CEO of the Port of Rotterdam Authority said, “We are delighted that world class player MSC is committed to this renewal and significant expansion of the container handling in Rotterdam.

After the redevelopment, the terminal’s expected capacity will be 6 to 7 million TEU, Allard Castelein, CEO of the Port of Rotterdam Authority explained, with Ammar Kanaan, CEO of TIL, adding that:

The possibility of utilizing shore power is therefore an important consideration for the development of the new terminal. Elaborations on the shore-side power strategy for this project will be further explored with relevant stakeholders