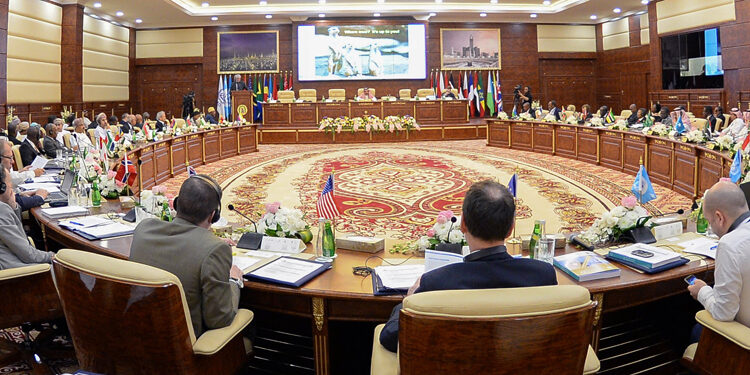 IMO recently announced that an international agreement that has been instrumental in repressing piracy and armed robbery against ships in the western Indian Ocean and the Gulf of Aden has seen its scope significantly broadened to cover other illicit maritime activities, including human trafficking and illegal, unreported and unregulated (IUU) fishing.

The Jeddah Amendment recognizes the important role of the “blue economy” including shipping, seafaring, fisheries and tourism in supporting sustainable economic growth, food security, employment, prosperity and stability. But it expresses deep concern about crimes of piracy, armed robbery against ships and other illicit maritime activity, including fisheries crime, in the Western Indian Ocean and the Gulf of Aden. Such acts present grave dangers to the safety and security of persons and ships at sea and to the protection of the marine environment.

The revised code of conduct builds on the earlier Code, which was adopted under the auspices of IMO in 2009. The Jeddah Amendment calls on the signatory States to cooperate to the fullest possible extent to repress transnational organized crime in the maritime domain, maritime terrorism, illegal, unregulated and unreported (IUU) fishing and other illegal activities at sea.

This will include information sharing; interdicting ships and/or aircraft suspected of engaging in such crimes; ensuring that any persons committing or intending to commit such illicit activity are apprehended and prosecuted; and facilitating proper care, treatment, and repatriation for seafarers, fishermen, other shipboard personnel and passengers involved as victims.

A key article of the Code includes the intention of participants to develop and implement, as necessary, a national strategy for the development of the maritime sector and a sustainable “blue economy” that generates revenue, employment and stability. They also pledge to develop national maritime security policies; and national legislation to ensure safe and secure operation of port facilities as well as effective protection of the marine environment and sustainable management of marine living resources.

A further pledge covers the intention of participants to liaise and co-operate with States (which could include the flag State, State of suspected origin of the perpetrators, the State of nationality of persons on board the ship, and the State of ownership of cargo and other stakeholders) and to coordinate activities with each other to facilitate rescue, interdiction, investigation, and prosecution.

Jeddah meeting
The Jeddah Meeting was attended by high-level representatives from 17 Djibouti code of Conduct signatory States, France (Reunion) and four observer States, as well as observers from the United Nations Office on Drugs and Crime (UNODC); the European Union; the International Criminal Police Organization (Interpol) and the East African Standby Force.

The Revised Code of Conduct was adopted by all 18 States, who also adopted resolutions covering technical co-operation and assistance; enhancing training in the region; and expressions of appreciation to the host country, Saudi Arabia.

The Jeddah Amendment to the Djibouti Code of Conduct 2017 was signed on Thursday (12 January) by 12 of the 17 participating States eligible to sign. The 12 States who signed were: Comoros, Djibouti, Ethiopia, Jordan, Madagascar, Maldives, Mozambique, Saudi Arabia, Seychelles, United Arab Emirates, United Republic of Tanzania and Yemen.