Logistical challenges result in STS transfers of US propane exports 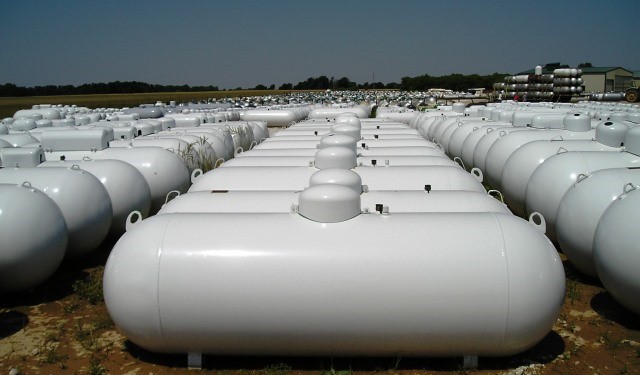 U.S. propane exports have increased significantly over the past three years, but only after market participants overcame several transportation challenges to reach export customers. The first challenge was to build sufficient export capacity, which has mostly already taken place. The second challenge is how to economically transport large quantities of propane over long distances. The current solution to the logistics challenge has resulted in import and export data abnormalities, and may indicate that U.S. propane exports have a larger market share in Asia than previously reported.

In 2015, the United States exported 220,000 barrels per day (b/d) of propane to Asia, the largest regional destination for U.S. propane. Discounted prices for U.S. propane compared with prices in Asia—typically determined by Saudi Aramco’s monthly contract price (ACP)—create opportunities for exporting U.S. propane to Asia. Demand for propane in Asia is driven largely by an expanding petrochemical industry that uses propane as a feedstock, as well as other industrial and consumer heating and cooking demand.

Transporting large quantities of propane over long distances requires specifically designed refrigerated ships, the largest and most economical of which are Very Large Gas Carriers (VLGC). As most of the U.S. propane export capacity is located along the U.S. Gulf Coast, the fastest and most direct route to Asia is via the Panama Canal. Alternatively, vessels must sail east, across the Atlantic Ocean, then either through the Suez Canal or around the southern tip of Africa, and then cross the Indian Ocean to reach Asian destinations, adding significant voyage time and costs. However, only a very limited number of VLGCs, with a narrower, more upright hull design, are able to pass through the current Panama Canal lock dimensions. This situation will change after a new larger set of Panama Canal locks open later this year.

One method used to cut voyage times and costs within the constraints imposed by the existing Panama Canal locks involves a ship-to-ship transfer, where the propane cargo of one vessel is transferred to another. Transfers on the Atlantic Ocean side of the Panama Canal likely involve moving cargo from a ship too large to transit the canal onto a slightly smaller ship that can make the passage. Once through the canal, the smaller ship will either continue on to Asia or transfer the cargo back to a larger ship to complete the journey. The additional cost associated with using multiple vessels in ship-to-ship transfers is mitigated by cost and time savings from transiting the canal rather than taking longer alternative routes that avoid it (Figure 1).

The ship-to-ship transfer activity is represented in propane trade data two ways. U.S. export data show increased propane exports to countries in the Caribbean and Central America where the ship-to-ship transfers are taking place, but which do not have sufficient domestic demand for, nor the infrastructure to store and distribute such large quantities of propane. In Asia, the activity can result in irregularities in import and export statistics among several countries.

U.S. Customs and Border Patrol documentation requires the final destination of an export, if known. Despite this requirement, some of the propane cargoes exported from the United States, which will undergo a ship-to-ship transfer, will cite the jurisdiction of the transfer, not the cargo’s actual final destination. In 2014 and 2015, the United States exported 31,000 b/d and 23,000 b/d of propane, respectively, to Panama. However, the National Energy Secretariat of Panama reported total national propane consumption of only 1,671 b/d in 2014 and 1,736 b/d in 2015.Similarly, Aruba, an island nation of approximately 100,000 people and no major source of demand (such as a petrochemical facility or a propane-fired power plant), imported 23,000 b/d of U.S. propane in 2015 (Figure 2).

In Asia, propane import statistics face similar challenges in properly identifying the origin for a cargo of propane that has undergone a ship-to-ship transfer. Both Chinese and Japanese propane import statistics typically show higher volumes of propane imports from the United States than the corresponding U.S. propane export volume to the respective countries. In addition, both China and Japan have recently begun to report propane imports from Panama, a nation with no propane production. These propane volumes were likely U.S.-sourced propane that underwent ship-to-ship transfers in Panamanian waters.

The new, larger Panama Canal locks will allow the majority of VLGCs to transit, which will likely reduce or even end the practice of ship-to-ship transfers of U.S. propane destined for Asian markets. Such an outcome would reduce discrepancies between import and export statistics, providing greater clarity on the principal markets for expanding U.S. exports.