by The Editorial Team
in Χωρίς κατηγορία 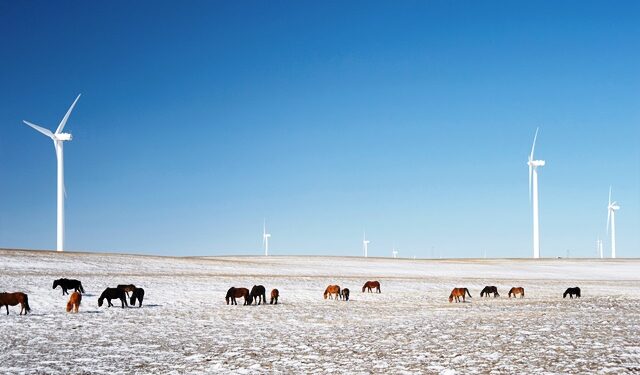 ABB has won orders worth more than $300 million to supply advanced converter transformers for two long-distance ultra-high-voltage direct current (UHVDC) transmission links capable of transporting up to 10,000 MW of power at the 800 kV voltage level, setting a new world record in terms of capacity. The orders were booked in the first quarter of 2016.

The two links are part of a project to transmit power out of Inner Mongolia via long-distance transmission lines, rather than transporting millions of tons of coal to distant generating sites. Overall, the project aims to reduce carbon dioxide emissions by around a third of a billion metric tons, as well as reducing sulfur dioxide and mono-nitrogen oxide emissions, and preventing around 140,000 metric tons of smoke and dust from polluting the air.

“Our ultra-high-voltage technologies are enabling countries like China to transmit ever increasing amounts of power over greater distances, with minimal losses and uncompromising reliability.”

China has major load centers in its eastern regions, while its energy resources are in the west and northwest. The expansive geography and increased demand over the last decade have prompted the country to increase its UHV transmission capacity, enabling delivery of power from newer, more-efficient thermal power generation plants near energy reserves while lowering pollution near cities.
Transmitting large amounts of power at higher voltages is significantly more efficient. UHVDC transmission is an advancement of HVDC, a technology pioneered by ABB over 60 years ago, and represents the biggest capacity and efficiency.