Lives lost at sea halved and piracy eradicated should be targets 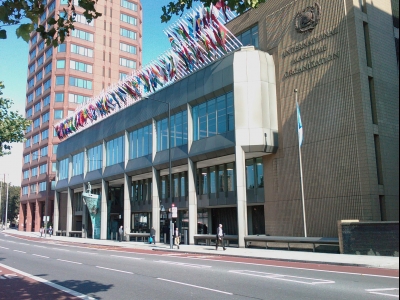 Speaking at the opening of the IMO’s first meeting of the year, the Sub-Committee on Fire Protection, IMO Secretary-General Koji Sekimizu told delegates that it was his vision that halving lives lost at sea and eradicating pirate attacks, as well as ensuring the release of all hostages can, and should, be legitimate targets, for the Organization and for shipping in the years to come.

Mr Sekimizu said that the number of lives lost annually at sea has been over 1,000 for each of the past five years. Despite the difficulty in obtaining precise and reliable data for such losses, he said that approximate figures for 2012 included approximately 100 lives lost in the fishing sector, 400 in domestic operations, and around 500 in other categories, including international shipping*.

An ambitious, but achievable target, he said, would be to aim for a 50 per cent reduction, to no more than 500 lives lost annually, by 2015. He said that the matter could be addressed at the IMO Symposium on Future Ship Safety in June, and went on to identify a number of mechanisms that could help the target to be reached, specifically:

He added that, in the first instance, IMO should consider establishing a mechanism for the collection and collation of statistics on lives lost to enable formal, official figures to be produced.

With regard to piracy attacks and hostage taking, Mr Sekimizu said that 2012 had been an encouraging year, having witnessed a sharp reduction in successful piracy incidents off the coast of Somalia and in the Indian Ocean. However, 12 ships and 159 people were, at the time of speaking, still in the hands of Somali pirates.

He said that complete eradication of piracy off the coast of Somalia and the release of all hostages would be more ambitious targets, but, nevertheless, should be the aim. He identified continuous protection by navies in the Gulf of Aden, consistent application of Best Management Practices (BMP), and proper handling of armed security guards under national policies, taking into account discussions at IMO and the International Organization for Standardization (ISO), as key factors in achieving the first of these.

With regard to the release of hostages, Mr Sekimizu welcomed the action taken by the Somali authority in Puntland to secure the release of the crew members of the MV Iceberg. But, he added, that the release of all hostages as soon as possible should be a clear target and that more should be done towards this end.

He also said he would accelerate capacity building under the Djibouti Code of Conduct. He urged IMO Member Governments that had been active in providing naval vessels to maintain naval protection forces until the risk of piracy attack had been sufficiently eliminated from the Indian Ocean and the Gulf of Aden, and to urge shipping industry leaders to ensure continuous implementation of the BMP.

On a wider front, he confirmed his support for the initiatives of the UN and the international community to help Somalis re-establish law and order and revive their own livelihood and economy, and for countries in western Africa to enhance their maritime security and aim for piracy-free waters in that region, too.