Leaking RoRo shipwreck off Sweden to be emptied of oil 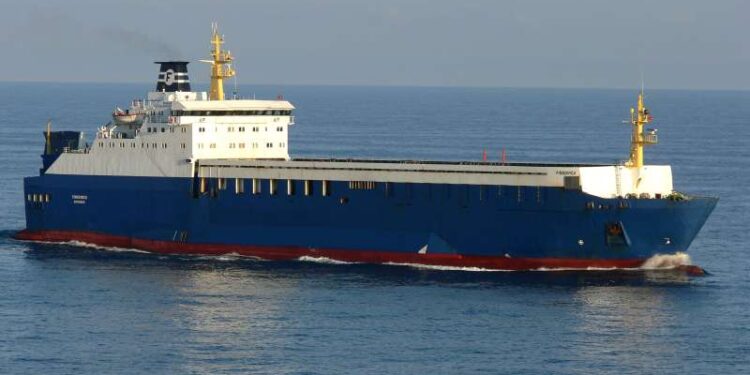 The Swedish Agency for Marine and Water Management (HaV) announced it will empty oil from the ‘Finnbirch’ shipwreck, which has been leaking oil for over a year, off Öland, posing an environmental risk for local ecosystems of the Baltic Sea.

Back in October 2006, the 156-meters-long RoRo vessel ‘Finnbirch’, heavily loaded with wood and steel products, was en route from Helsinki for travel to Aarhus, Denmark.

During the passage between Öland and Gotland, the ship was caught in bad weather and capsized. Two of the 14 crew members lost their lives, as a result.

The wreck is located outside Öland since then and has leaked oil since 2018. There is a bunker tank left with up to 85 thousand liters of oil which could affect sensitive nature areas  in the vicinity, so it has to be cleaned, the agency said. The clean-up will cost SEK 11.5 million.

We will investigate and empty the wreck located about 12 nautical miles east of Öland. The wreck is leaking right now and the Coast Guard is keeping the oil under control, while HaV, with the support of the Swedish Environmental Protection Agency, is preparing an emptying of the oil that remains

…says Frida Åberg, investigator at the marine environment management unit, at HaV.

There are approximately 17,000 shipwrecks along Sweden’s coasts, 300 of which have been classified as environmentally hazardous by the Swedish Maritime Administration in collaboration with the HaV, the Coast Guard, the Norwegian Maritime Museum and the Chalmers University of Technology.

About 30 of them, including Finnbirch, pose an acute environmental hazard as they contain large amounts of oil that can leak. Finnbirch is the fifth of these to be emptied.

In 2017, the government decided to invest SEK 25 million a year for ten years, a total of SEK 250 million, to reduce environmental risks from wrecks along the Swedish coast.