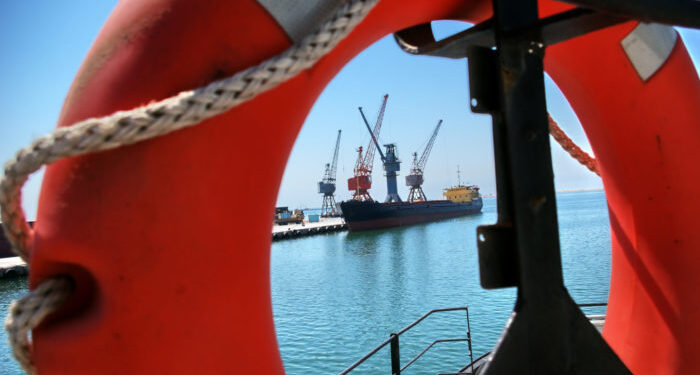 Two crew-members onboard MT Arafura, a Euronav owned VLCC (Very Large Crude Carrier) have died, after they were hit by a large wave.

According to local media sources, the incident occurred on 11th September, when the Belgian-flagged crude oil carrier was on its way from Brazil’s Porto Do Acu to the Port of Long Beach in the United States

As per reports, the deceased crew-members have been identified as the Chief Officer and the Bosun of the vessel, with both hailing from India.

What is more, Northern Marine Management, the ship’s owners, acknowledged the incident in an emailed statement.

The MT Arafura’s course has been changed to Valparaiso, Chile, where the bodies of the deceased sailors will be disembarked and repatriated. The arrival date is set for September 18th.

Northern Marine Management said in a statement that “following discussions with the Chilean Maritime Authorities, it is hoped that some crew changes will be possible at the same time.”

The MT Arafura is a Belgian-flagged crude oil tanker with a tonnage of 298,991 dwt that is 100% owned by the Belgian tanker firm Euronav (NYSE: EURN). The ship was built in 2016 and is a spot market vessel.

“Every sympathy and heartfelt condolences go out to the families from both Northern Marine Management and the vessel’s Owners, EURONAV,” the statement said. “The safety and wellbeing of all of our colleagues at sea is our number one priority for both Owners and Managers and a full and thorough investigation into this incident will be carried out to establish the root cause, and any possible lessons to be learned.”