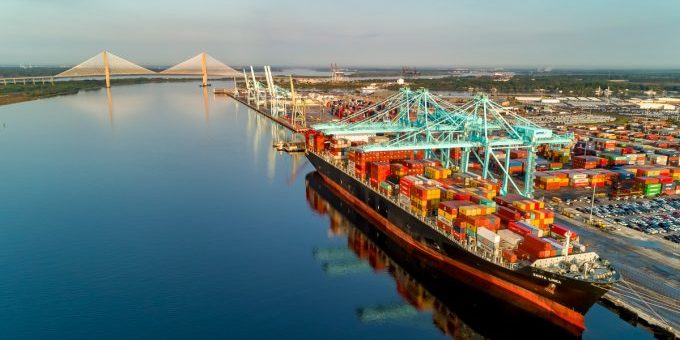 The US Federal government recently granted $93 million to JAXPORT, concerning the next phase of its upgrade project. Namely, the investment will focus on the deepening of Jacksonville shipping channel to 47 feet from its existing depth of 40 feet.

The 47-foot depth is required to accommodate more cargo aboard the larger ships calling on JAXPORT from destinations throughout Asia and other world markets through both the Panama and Suez canals.

For the records, this is the first time that JAXPORT receives grant from the President’s budget.

We are extremely grateful to our federal, state and local partners, as well as the dedication and leadership of the JAXPORT Board, for their steadfast support of our growth and the 138,000 jobs Jacksonville’s seaport generates in Florida.

Moreover, under the deepening project, the SSA Jacksonville Container Terminal at Blount Island plans to feature a vessel turning basing, while goals to accommodate two post-Panamax vessels at the same time.

As for the harbor deepening, is divided into four parts A-D, which make up the full length of the 13-mile federally authorized project. Concluding, the project began its operations back in 2018 and is estimated to be completed in 2023.