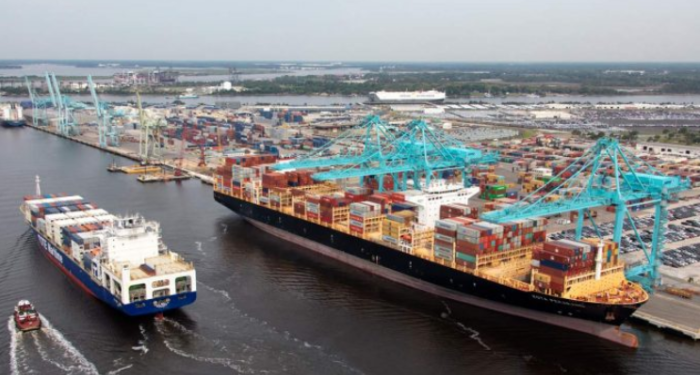 The Jaxport has been awarded by the U.S. Department of Transportation with a $20 million grant, to rebuild more than 100 acres of the existing terminal pavement at the SSA Jacksonville Container Terminal. The funding came through the $238 million plan between Jaxport and their close partner SSA Marine.

Jaxport’s Authority noted that the upgrades will focus on increasing the efficiency of the port and extend terminal’s container capacity. When the project will be completed, is is estimated that the space of the port will be able to accommodate and manage about 425,000 TEU per year.

The funds were provided by Better Utilizing Investments to Leverage Development (BUILD) Transportation Discretionary Grant program, a program which gives the opportunity to build and repair critical pieces of freight and passenger transportation networks.

The award of this highly competitive grant speaks volumes about the significance of this project to the economy of our region and country.

There is a strong collaboration, between Jaxport and SSA Marine, since SSA has contribute about $130 million for the use of the SSA Jacksonville container terminal and its facility upgrades, including the addition of three new 100-gauge container cranes. Furthermore, Jaxport provided about $100 million in order to allow the terminal to host two post-Panamax together at the same time.

What is more, the federal project to deep the shipping channel to 47 ft. is already in action and it is estimated to be completed in 2023. Its final results, will give Jaxport’s container terminal the opportunity to accommodate much more cargo abroad the larger vessels that arrive from Asia.