Jamaica focuses on the importance of Blue Economy 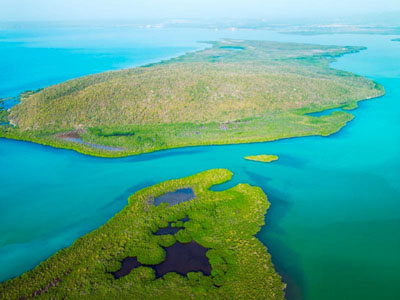 Jamaica’s Minister of Transport and Mining, Hon Robert Montague, discussed about the importance of the Blue Economy to Jamaica and the measures taken to support the Jamaican maritime sector.

Specifically, the discussions were conducted during an IMO High Level Symposium, hosted in Montego Bay and attended by IMO Secretary General Kitack Lim.

As the Jamaican Minister highlighted,

The Blue Economy is of particular importance to the Caribbean in light of our dependence on it for income and employment and as a key source of food, energy, health, leisure, trade and transport.

He continued stating that for Jamaica the ocean is an invaluable resource that has a lot of potentials for economic development and job creation.

The Blue Economy is the buzz word for marine and maritime interests.

The expansion of the Panama Canal has also given many opportunities to the Jamaican people.

Generally, the Blue Economy idea aspires the balance between the economic growth, improvement of livelihoods and ocean sustainability.

Jamaica’s Maritime Authority is seeking the promulgation of key pieces of maritime legislation, which will strengthen the framework for the protection, response and restoration of the marine environment.

The Authority also proceeds to consultations with key stakeholders as it embarks on the revision of the National Transport policy which will promote environmentally sustainable maritime transport.

An environmentally stable maritime transport is important for Jamaica, as the Minister stated

In the case of Jamaica, trade by sea exceeds 90% of total trade and arguably more than 70% of the value of our trade.

Also, many are the Jamaicans that depend their lives on the Blue Economy, that consists of the cruise industry, tourism, inter-island transportation of passengers and goods, as well as exploited and potential oil and gas reserves.

Concluding, the Minister reported that when thinking that when 33% of world crude oil passes through the region; and 30% of world maritime trade transits our region, it is important for the Jamaicans to have a well-preserved, protected and safe environment.